Bernard Shaw, legendary CNN lead anchor, has died due to complications after contracting pneumonia. He was 82.

“CNN’s beloved anchor and colleague, Bernard Shaw, passed away yesterday at the age of 82,” Licht said. “Bernie was a CNN original and was our Washington Anchor when we launched on June 1st, 1980.”

Shaw was also the network’s first chief news anchor and helped steer the fledgling station into the news industry leader it is today. 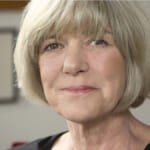 Licht noted in his statement that over his 20 years as anchor, standout coverage included several presidential elections and “his iconic coverage of the First Gulf War live from Baghdad in 1991.”

Shaw retired from CNN in March 2001 but continued to be a “close member of our CNN family,” Licht said, recalling how as recently as last year he’d help provide viewers with context about various historic events.

The legendary journalist began his career in Chicago, the city in which he was born, before moving to Washington, D.C., to take up duties as the Westinghouse Broadcasting Company’s White House correspondent. The 1970s saw him working at some of the major networks between ABC and CBS before he joined the ranks of CNN as their Washington anchor and a founding member of the team.

His decades of work in the field earned Shaw various recognitions and awards, including the Walter Cronkite Award for Excellence in Journalism in 1994.

He leaves behind a wife of nearly 50 years, Linda Allston, and their two children, Amar Edgar and Anil Louise.

“The condolences of all of us at CNN go out to his wife Linda and his children,” Licht’s statement concluded. 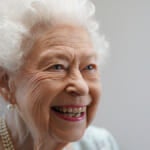