A new month brings new titles to HBO Max’s ever-changing (and formidable) roster of films. While the streaming service is parting with some notable movies in May — such as “Pride & Prejudice,” leaving May 27, and “Speed,” leaving at the end of the month — it’s more than making up for the loss with critically acclaimed additions, ranging from enduring indie fares to franchise-spanning blockbusters.

Below, TheWrap highlights seven films spanning a wide variety of genres, at least one of which is sure to resonate or encourage you to go out of your cinematic comfort zone.

“The Perks of Being a Wallflower”

Stephen Chbosky’s painfully accurate teen indie spawned a plethora of films dedicated to exploring high school angst and mental health, but it arguably did it best, capturing the 2010s zeitgeist with excruciating precision and dominating Tumblr discourse for years to come. Based on Chbosky’s novel of the same name, it stars Logan Lerman as the title wallflower, Charlie, a reserved kid who blossoms under the mentorship of two free-spirited peers (Emma Watson and Ezra Miller). “Perks” marries heartache with hope, and the end result is a masterful cinematic exploration of growing up that is unlikely to leave one’s ruminations long after viewing.

Based on Alice Walker’s Pulitzer Prize-winning novel of the same name, the Steven Spielberg-helmed period drama follows a Black Southern woman named Celie (Whoopi Goldberg, in her Oscar-nominated breakthrough role), who comes into her own following decades of abuse from her father and others. Overall, the weighty film — which garnered a whopping 11 Oscar nominations — addresses the systemic struggles faced by Black women against the backdrop of the 20th century, including domestic violence, poverty and misogynoir. Danny Glover, Oprah Winfrey and Margaret Avery also star.

Widely regarded as one of the best sequels of all time and among the elite list of franchise films that are somehow better than the original, James Cameron’s “Terminator 2: Judgment Day” ups the ante with a twist: Arnold Schwarzenegger — as promised — is back, now playing the futuristic cyborg who must protect 10-year-old John Connor (Edward Furlong) and his mother Sarah (Linda Hamilton) from a more advanced and lethal terminator known as the T-1000 (Robert Patrick). Simply put, they just don’t make blockbusters like this anymore!

The dark fantasy film “Underworld” stars Kate Beckinsale as the leather and latex-clad vampire slayer Selene (loosely based on Marvel Comics’ X-Men enemy mutant of the same name), who is caught between the warring tribes of blood-suckers and lycans. Amid her badass hunting duties, she falls in love with Michael (Scott Speedman), a human caught in the werewolves’ crosshairs. The gritty franchise — which is available in its totality on the streamer and hails from Len Wiseman, Kevin Grevioux and Danny McBride — is one hell of a ride.

Debuting on HBO Max May 26, the critically lauded Sundance winner follows the attempted assassination of Russian opposition leader and anti-corruption activist Alexei Navalny in August 2020. The documentary traces his months-long recovery, uncovers the levels of conspiracies that led to his poisoning as investigated by Netherlands-based journalism group Bellingcat and other international news outlets and explores his reasoning for returning to the country. 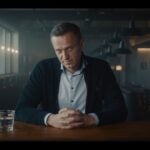 Despite flopping upon release in 2006, Michael Mann’s “Miami Vice” has since gained a steady cult following from a new generation of admirers. A cinematic adaptation of the 1980s Emmy-winning series of the same name (which Mann executive produced), the lustrous buddy cop neo-noir follows detectives Sonny Crockett (Colin Farrell) and Ricardo Tubbs (Jamie Foxx) as their professional and personal lives threaten to crash into each other. Gong Li, Naomie Harris, Justin Theroux and Ciarán Hinds round out the ensemble. 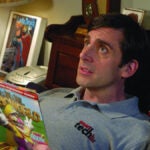