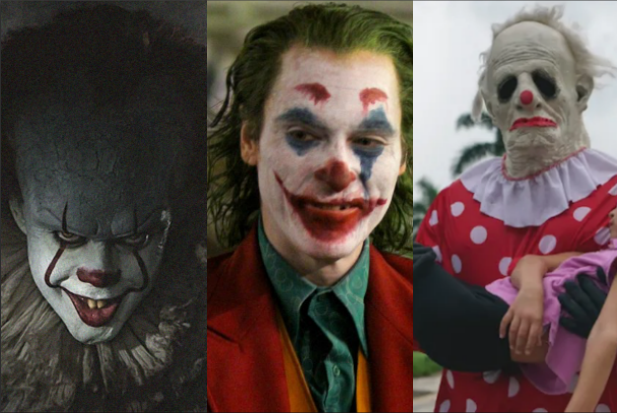 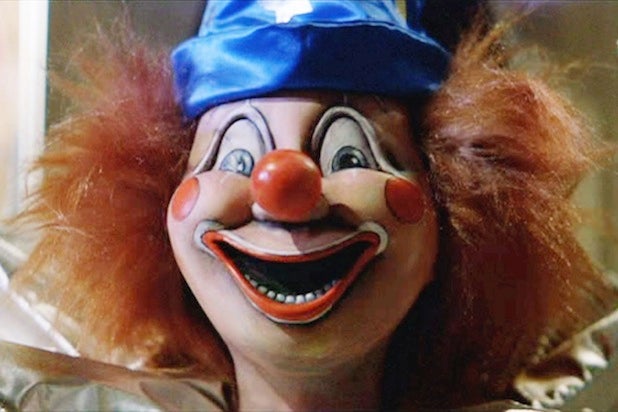 "Poltergeist" (1982)  --  One of the most famous frights from this messed-up classic is the clown doll. The camera keeps showing it, so you know it's going to attack soon... and even with the warning it still manages to shock everyone. 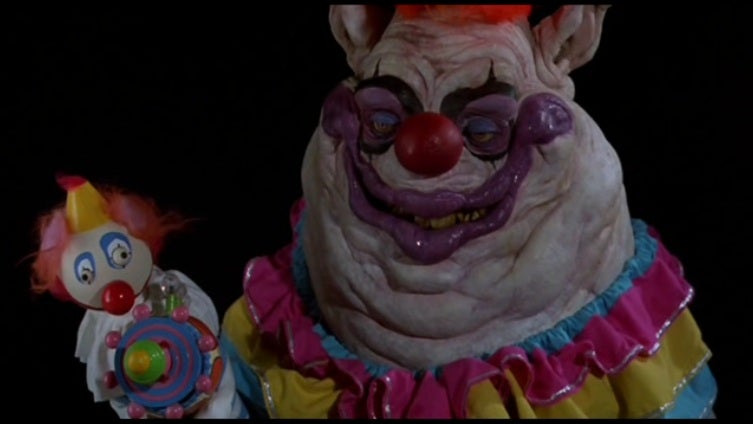 "Killer Klowns From Outer Space" (1988)  --  This movie is... indescribable. It's not scary in the truest sense. It's just macabre and deliberately so-bad-its-good, and it features a final boss monster called Jojo The Klownzilla. It's one of the most famous cult movies ever made, and a sequel had been planned by 20th Century Fox...until Disney killed it after acquiring the studio in March 2019. 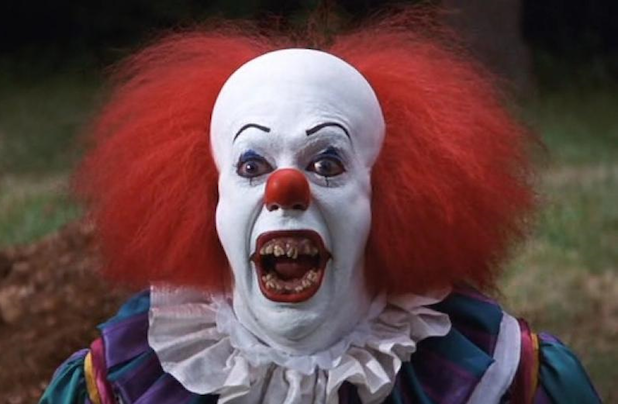 Pennywise, "IT" (1990)  --  The most famous evil clown ever first appeared on screen in the original 1990 movie based on Stephen King's story. For some, Tim Curry's portrayal of a killer clown that only kids from Maine can see is the height of creepiness. For others, Curry's "Rocky Horror" levels of camp make Pennywise more amusing than frightening. In both instances, Tim Curry commands attention. 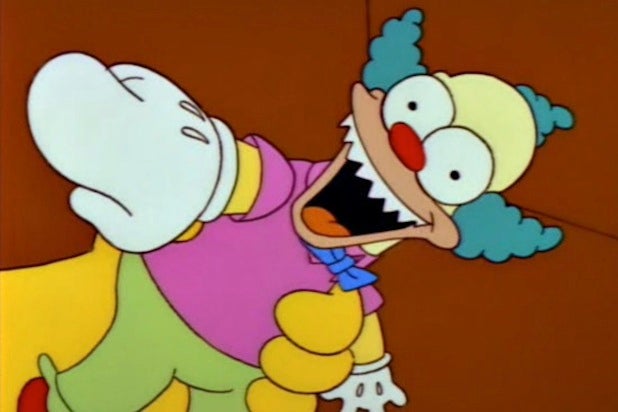 Fox
Krusty Doll, "The Simpsons" (1992)  --  This killer clown is low on the horror scale but high on the laughs. In one of the most famous "Treehouse of Horror" sequences, "Clown Without Pity," Homer buys Bart a Krusty the Klown doll that tries to kill him. The store where Homer gets the doll and the resolution to the plot are some of the most famous gags "The Simpsons" have ever produced. 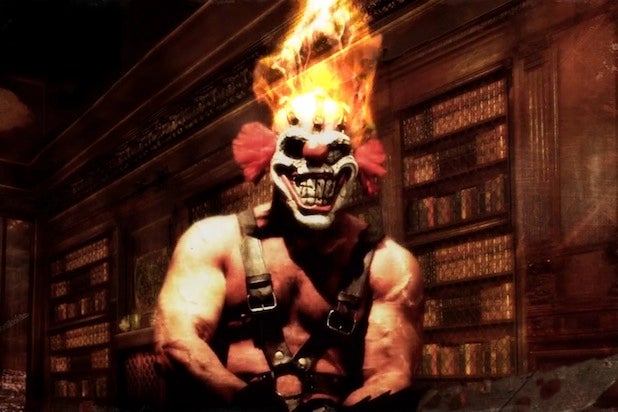 Sony
Sweet Tooth, "Twisted Metal" (1995)  --  There's nothing funny about this clown. Needles Kane, a.k.a. Sweet Tooth, is a serial killer cursed to feel the pain of having his scalp engulfed in unquenchable flames. Toothie and his ice cream truck have become the icons of the "Twisted Metal" video game series, particularly after he was given his current, nightmarish design in the 2001 PS2 game "Twisted Metal Black." 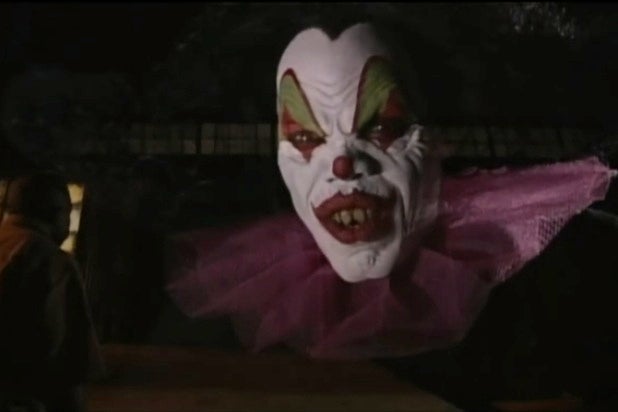 "Killjoy" (2000)  --  This film and clown have a special place in the cult horror pantheon. The "Killjoy" series is one of the most infamously panned franchises in the genre. It currently has a 2.5/10 rating on IMDB. Yet it has become a must-watch for masochists looking to plow their way through the most infamous bad movies of all time. 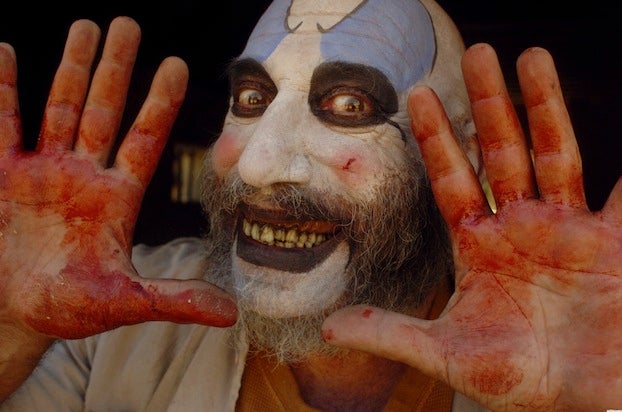 Capt. Spaulding, "House of 1000 Corpses" (2003)  --  The most memorable character in Rob Zombie's critically panned but secretly beloved cult slasher flick. Played by the late Sid Haig, Spaulding sports gross makeup and disgusting teeth as he leads the movie's protagonists to their doom. In the sequel, "The Devil's Rejects," he eventually abandons the clown schtick and becomes even more evil. 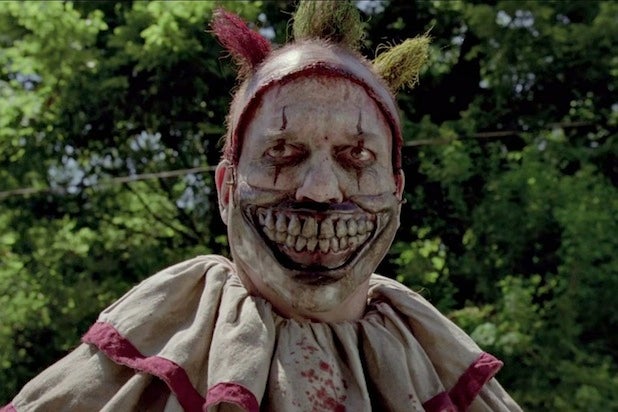 FX
Twisty, "American Horror Story: Freak Show" (2015)  --  For all the criticisms surrounding season 4 of "AHS," it created a modern day horror icon with this disfigured clown that has come to be the unofficial mascot of the entire series. That Twisty was able to leave a mark in the psyches of "AHS" fans everywhere in a scene filmed in broad daylight is a testament to the show's reliance on actors rather than gimmicks to create its finest moments. 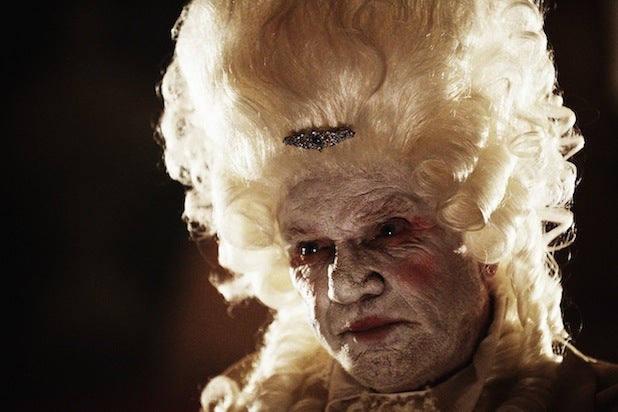 "31" (2016)  --  After the reception towards Capt. Spaulding, Rob Zombie decided to make a film focused around killer clowns. Zombie's wife, Sheri Moon, plays the leader of a group of carnival workers forced to play a deadly game where they are the prey of a troupe of evil clowns. 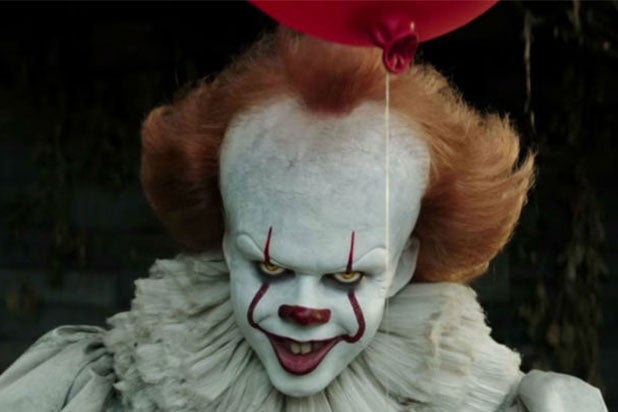 Warner Bros.
Pennywise (Again), "It" (2017) and "It: Chapter Two" (2019)  --  Creepy Clown Mania got even crazier with the return of Pennywise in a new "It" adaptation from Andy Muschietti. Played this time by Bill Skarsgard, the new Pennywise is a vicious, hateful bully who delights in seeing the terrified looks of his victims before he devours them. And that makes his demise at the hands of the Losers Club all the more satisfying. 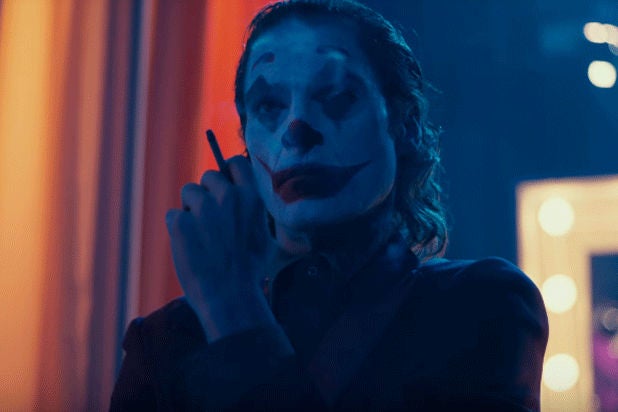 Warner Bros.
Joker (2019)  --  Your mileage may vary on whether Joaquin Phoenix's take on the most infamous villain in Gotham City is the creepiest of them all, but it's certainly a contender. Perhaps what makes Arthur Fleck the most disturbing is that he is tangibly human, a person left behind by a decaying society to suffer until he becomes its worst nightmare. 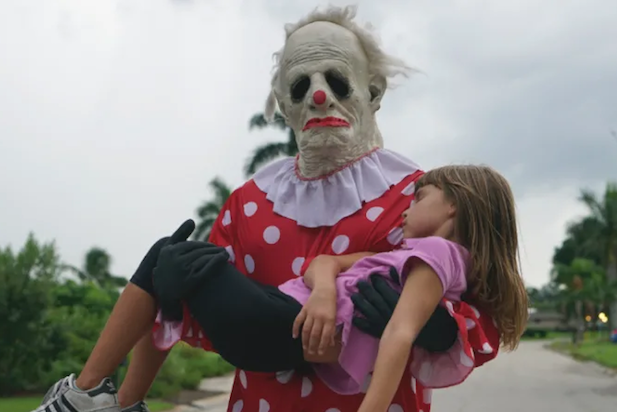 Wrinkles the Clown  (2019) --  Let's conclude with a real-life creepy clown. In 2015, reports surfaced of an anonymous man in Florida who began offering his services to parents of misbehaving children as a decrepit clown named Wrinkles, who would show up and terrify the daylights out of the young'uns. His status as an internet legend became so big that a documentary about his exploits, was released in 2019.
x
Looks like you're enjoying reading