Unlike ABC’s controversial plan to drop on-air presentations of eight categories at this year’s Oscars ceremony, BET CEO Scott Mills tells TheWrap that the network hasn’t made any major changes to the 53rd NAACP Image Awards show, which airs on Saturday, Feb. 26 and will be hosted by “Black-Ish” and “Law & Order” star Anthony Anderson.

“We find that we can deliver a big audience to the Image Awards for the show that it is and that the audience really shows up for that experience,” he says.

Mills also said that BET isn’t thinking purely in terms of ratings for the broadcast, because that isn’t the point: “Black excellence” is.

“We do lots of fun creative things with the rest of our shows, whether it’s the BET Awards, the Soul Train Awards or the Hip Hop Awards, where we do tweak the margins and do some really disruptive stuff. But they each exist for a different reason. The Image Awards doesn’t exist to pull the largest audience, it exists to celebrate Black excellence. And it’s designed for an audience that is interested in that experience. That’s what people tune into it for,” Mills says.

The NAACP added several new Image Award categories this year, including podcasts, that were presented over several nights leading up to Saturday’s telecast, but the focus of the show is still on the awards themselves, Mills insists. The Image Awards features just one musical performance, and this year’s headliner is Mary J. Blige, who pretaped a performance at the legendary Apollo Theater in New York. 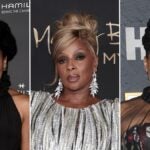 He’s not concerned with Image Awards ratings, although ratings were up 72% last year when it was simulcast on CBS – which isn’t part of this year’s line-up – and cable networks including Comedy Central, MTV and VH1. And he’s not worried about competing with other awards shows during the increasingly crowded awards season.

While the Oscars, the Golden Globes and the BAFTAS have come under fire for not showcasing the work of people of color, BET boasts strong ties to the Black community and, he says, Black creatives are not treated as the “flavor of the month.”

“I’m not maligning any other show, but it’s always been true, there are ebbs and flows,” explains Mills. “Years ago, it was #OscarsSoWhite. And then there are responses to these things and then the pendulum swings the other way. The Image Awards, like BET itself, is not a swinging pendulum. We’ve consistently focused on serving our community. And the Image Awards is a platform that has been consistently focused on celebrating Black excellence. That makes it absolutely distinct compared to any other show.” 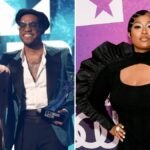 The show will be live, but without an audience, and feature presentations from across the country at “historically relevant locations.”

“The actual awards will be presented in different locations to the recipients. We’re not going to have all the nominees in one location, but we have multiple locations and multiple camera crews, so people will see who gets the award live. We did it this way last year and it worked really, really well. We just decided to expand it this year and have more fun with it,” Mills says.

He’s particularly excited about the recipients of the Presidents Award, Prince Harry and Meghan Markle. “Our community cares deeply about that couple and so having them recognized and honored is really powerful.”

The 2022 NAACP Image Awards will air Saturday, Feb. 26 at 8 p.m. ET/PT on BET. The non-televised categories can be streamed on www.naacpimageawards.net.