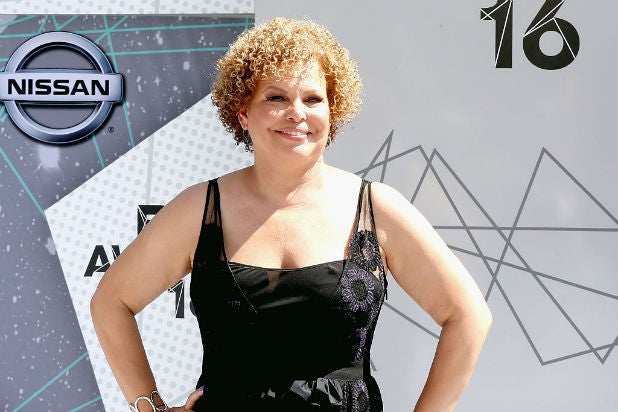 From Beyonce’s politically-charged surprise opening with rapper Kendrick Lamar to Jesse Williams‘ Twitter-breaking speech about race in America, the awards franchise is not only fulfilling its core mission of celebrating black excellence but underlining the massive influence of its players in global culture.

TheWrap reached longtime network President and CEO Debra Lee to discuss the show, where she touched on everything from Justin Timberlake backlash to ratings to parent company Viacom’s executive standoff between the Redstones and Philippe Dauman.

TheWrap: The BET Awards are on this undeniable upswing, it feel like, since Chris Rock came back in 2014 to host. It feels better than ever.

Debra Lee: And we did everything we set out to do, too. We had a surprise performance by the biggest artist in the world, Beyonce, who brought out Kendrick Lamar. Jesse Williams had this amazing speech which was the biggest moment we had on Twitter. We also had our Prince moment, which was so important, because it brought closure for a lot of performers in our room like Jennifer Hudson, Sheila E and Janelle Monae. And it’s especially amazing to have had this simulcast on 11 other networks, which is why I’m not sure why the latest headline from TheWrap says we’re down.

It does, when you look at direct channel viewers. Are you waiting for the L+3?

Of course, the plus three — and mobile, and online streaming. So many of our users get our content from mobile devices, not to mention that of course direct channel viewers look that way when you’re on 11 other Viacom networks, that’s the way of the world. And we just launched BET Play. We know our social impact reach but our number — social numbers are up 80 percent online and 150 percent on mobile.  I’m so happy and proud of my team.

Let’s talk about BET Play in a moment, but the Jesse Williams speech is all anyone is talking about. I’m curious if you knew he was going to bring something so powerful, and if you’d heard there was backlash accusing Justin Timberlake of appropriation for tweeting about the speech.

Justin? No, that’s too bad. Jesse’s speech came from the heart, he’s a young leader in our community. He’s primarily an actor but his commitment to social justice is incredible. You know, he’s not [been] a civil rights leader for 30 years, he’s fresh on the scene, but he’s so committed.

I had no idea it was going to be so amazing. I knew he was doing good work, he had just done a documentary for us on Black Lives Matter called “Stay Woke.”  He really brought it last night… and he had his parents sitting there. His dad is black, his mom is white and I’m really sorry to hear there was a backlash on Justin Timberlake because Jesse is saying something everyone needs to hear. We’re in a scary place in our country…  we’ve had a black president for eight years and that’s incredible, but you can’t say, ‘Now we’re done.’

Back to the show — that Beyonce secret had to be hard to keep.

The fact that she has a show tomorrow in London and that she stayed to do our show, could’ve been over there rehearsing?  Also, the work she puts into it, she’s such a perfectionist. She didn’t want us to promote that she would be there so she had late night rehearsals — someone had to clean up right after because of all the water in the performance. I popped by head in on one of the rehearsals and couldn’t pick her out of the dancers, everyone was in robes because they were wet. But I went backstage to see my people and there was Beyonce, sitting at the monitor and giving notes.

You mentioned BET Play earlier, the streaming product that gives over 100 countries access to all BET content. It’s an exciting corporate decision that launched last week, at a time of unrest at Viacom. Do you have any thoughts on what’s going on with [Viacom CEO] Philippe Dauman and the Redstones?

It’s a difficult time, we’re going to get through it and everyone is doing their work and making Viacom great. But yes, I hope it’s resolved soon.

How was that after party, by the way?

We had 160,000 people come through the Staples Center! This is our fourth year in our partnership with AEG. We take over LA Live, the Los Angeles Convention Center and honestly last night at the party Dave Chapelle and Erykah Badu were about to go on — I had to go home to sleep. That was four days of hoping no one found out about Beyonce. I was exhausted.