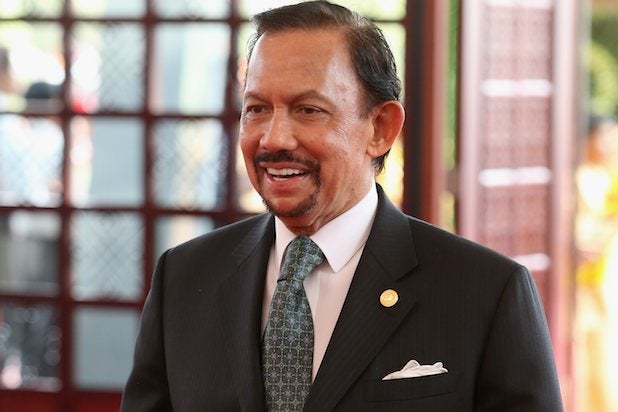 The Beverly Hills City Council voted unanimously Tuesday night to ask the government of Brunei to “divest itself of the Beverly Hills Hotel,” which is being boycotted by Hollywood due to anti-gay and anti-woman laws imposed on Muslim citizens of the Southeast Asia country.

The decision comes after Monday’s protest outside the Los Angeles landmark on Sunset Blvd., during which Jay Leno compared hotel owner Hassanal Bolkiah, the Sultan of Brunei, to Donald Sterling in order to stress that opponents of the inhumane laws do not hold hotel staff responsible in any way.

“Let’s put it in perspective. The people in the Beverly Hills Hotel are the Clippers. The Sultan is Sterling,” Leno said. “We don’t blame anyone who works at the hotel. They’re just the Clippers players, they’re doing their game.”

Hospitality industry analysts warned TheWrap earlier this week that the Hotel — run by the Dorchester Collection, which is controlled by Bolkiah’s Brunei Investment Agency — could lose millions if this controversy drags on.

A number of organizations have already cancelled events at the hotel in reaction to the Sultan’s laws, which he called “a great achievement” when announcing that they would go into effect.

Leno’s Feminist Majority Foundation,  International Women’s Media Foundation, and the Motion Picture & Television Fund are among the groups that have taken their business elsewhere, while celebrities including Ellen DeGeneres, Sharon Osbourne and Virgin founder Richard Branson have vowed to steer clear of the hotel until Brunei rescinds the laws in question.