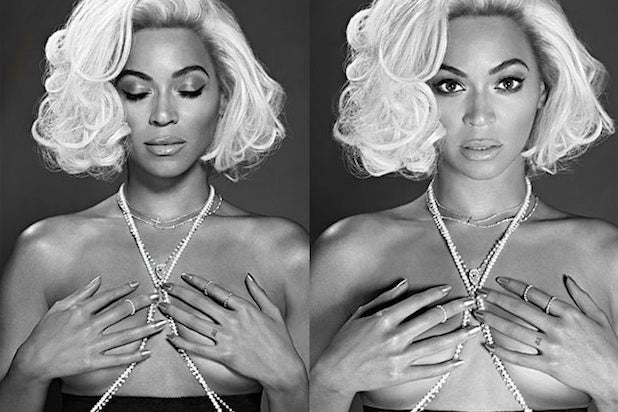 Beyoncé Knowles’ fifth album, “BEYONCÉ,” has been her most sexual yet, and the pop icon thinks it’s about time “women own their sexuality” in the same way that men do.

“There is unbelievable power in ownership, and women should own their sexuality. There is a double standard when it comes to sexuality that still persists. Men are free and women are not. That is crazy,” the 32-year-old singer told OUT Magazine for May’s cover story. “The old lessons of submissiveness and fragility made us victims. Women are so much more than that. You can be a businesswoman, a mother, an artist, and a feminist – whatever you want to be – and still be a sexual being. It’s not mutually exclusive.”

In December, Knowles unexpectedly released her latest album to a record-breaking reception from fans. The surprise release included 14 songs and 17 videos — all directed by Knowles — that featured some of her most risque visuals yet.

Conservative Fox News opinion host Bill O’Reilly targeted the singer for her “Partition” music video, in particular, by challenging the notion that she could flaunt her sexuality in the name of art.

“Beyoncé in the back of a limo having sex and referencing Monica Lewinsky, is art?” O’Reilly said during a debate with Def Jam co-founder Russell Simmons on a March episode of “The O’Reilly Factor.”

Knowles doesn’t seem to care what O’Reilly and others who share his mentality think about her music, or how she chooses to represent herself in music videos or on stage.

“I needed to free myself from the pressures and expectations of what I thought I should say or be, and just speak from the heart,” Knowles told Out. “Being that I am a woman in a male-dominated society, the feminist mentality rang true to me and became a way to personalize that struggle.”

She hopes, however, that the message of her music transcends feminism, and can inspire any minority to rage against the machine.

“But what I’m really referring to, and hoping for, is human rights and equality, not just that between a woman and a man. So I’m very happy if my words can ever inspire or empower someone who considers themselves an oppressed minority,” Knowles added. “We are all the same and we all want the same things: the right to be happy, to be just who we want to be and to love who we want to love.”