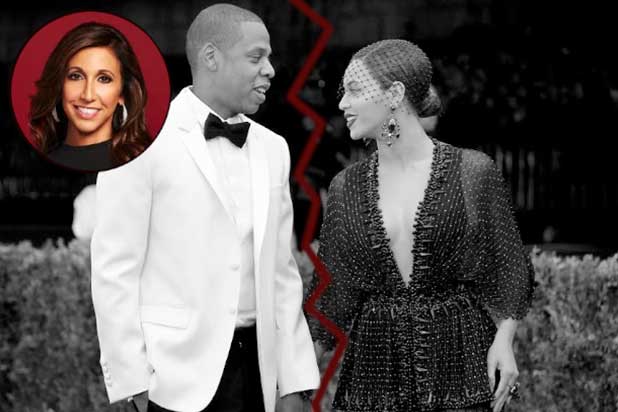 Reports are heating up that hip-hop royalty Beyonce and Jay Z are heading toward divorce.

Since the notorious Solange elevator brawl, there have been several reports that divorce is inevitable. And in Friday’s issue of Us Weekly, the magazine’s sources weighed in. One source told the publication that Beyonce “is done” after they conclude the remaining On The Run shows in Paris, France on Sept. 13.

“If the reports are true they’re going to divorce, they are probably working behind the scenes to figure out the timing of the announcement and how they’ll divide their business entities,” Bravo’s “Untying the Knot” star and divorce attorney, Vikki Ziegler, told TheWrap.

Ziegler says that the couple’s pre-nup, though they haven’t publicly confirmed that they have one, will determine how difficult the divorce will be. Another contributing factor is whether they keep joint or separate finances.

“That would be a huge factor,” the attorney said. “If they kept everything separate and discussed how they will be separately paid from their joint business ventures, such as the present tour, or if they’ve put everything into a marital pot for the last six years of marriage.”

The couple’s net worth has been estimated at $1 billion. “They’re almost on par with net worth,” Ziegler said.

“I think it’s estimated that Jay Z’s at $520 million and she’s at $480 million,” she continued. “We’re talking one of the biggest divorces in celebrity history, topping Michael Jordan in the athletic world and most others that we’ve seen.”

Custody is never included in a pre-nup and Ziegler said that would become a pretty big deal as it will probably include child support payments to whomever becomes the custodial parent.

“In New York, which is not like other states, joint custody is not preferred if the parties can’t co-parent,” she said. “The court usually awards custody to the better, more fit parent.”

And again, two-year-old Ivy isn’t just any child. The payments would have to support the life she’s used to.

“From what I can tell, this baby has a great lifestyle, vacations, wardrobe, nannies, those are all factors that will govern the amount of child support,” Ziegler pointed out. “And that can be hefty. It could be $50-$100,000 a month. And that’s nontaxable.”

Those are just a few of the basic components of divorce. But, what if emotions are high? How will that affect the proceedings?

“You never know when someone is angry,” the attorney said. “So, say Jay Z did cheat on several occasions and Beyonce is angry. People do things that that they normally wouldn’t do. They could be fighting over jewelry, cars and boats, something so insignificant as a yacht they can go purchase on their own. They may not want to let it go. People fight over crazy things when they’re angry.”

On her Bravo show, Ziegler helps divorcing couples cut through the emotions, so they can split the property fairly and avoid years and years in court. So, what would Ziegler’s advice for Beyonce and Jay Z be?

“Celebrity breakups are on such a different level,” she said. “I think statistics show that 80 percent of celebrities divorce. I’m not shocked at the news of a divorce, because of my business.”

“I don’t know them personally, but I know a lot of friends that know them,” she continued. “And I can honestly tell you that it’s certainly in their very best interest to strike a deal behind closed doors, because this can negatively affect them in so many ways. Even though they’re so wealthy, your reputation is everything. You’re born with it and you die with it. You always want to try to preserve it. Some people never come back once they’ve been scrutinized in the media.”