Ashley Tropez, a woman who as a teenager appeared on the reality series “Beyond Scared Straight,” died Friday in what police say is an apparent homicide. She was 24.

Tropez was discovered dead in an abandoned house in Victorville, California, on Friday morning just after 11:00 a.m. Police say her body showed signs of “traumatic injuries,” according to People.

Another woman, Alexis Call, also 24 years old, has been named as the suspect in Tropez’s death. She has been arrested and is currently detained. San Bernardino sheriff’s deputies told People that the women appear to have known one another.

No other details about Tropez’s death have been released at this time.

“Beyond Scared Straight” aired on A&E from 2011-2015. The reality series followed teenagers who had trouble with the law as they spent up to three days in prison to witness what prison life is life from actual inmates. Ostensibly, the show would document how the experience encouraged children to turn their lives around. Unfortunately, multiple studies have shown that scared straight programs don’t work and often produce worse outcomes. 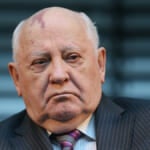