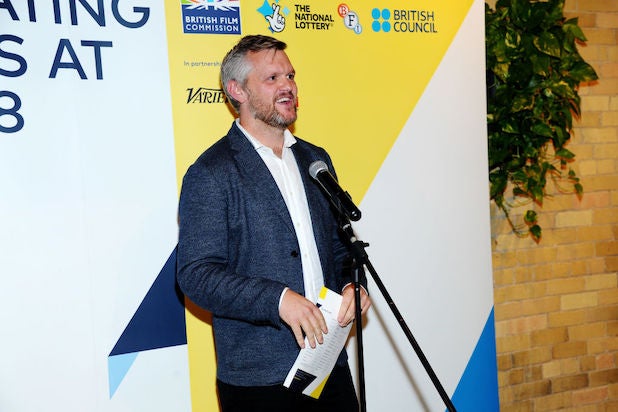 The British Film Institute has repurposed over £4.6 ($5.7 million) of funds from the British National Lottery to support local producers, exhibitors and freelancers who have been hardest hit by the coronavirus.

The BFI’s CEO Ben Roberts announced the news in a statement Thursday and said the funds would be targeted at those dealing with issues of cash flow and company overhead. He also added that the BFI is loosening restrictions on applying for existing funds of £21.9m ($27.2 million) meant for shorts, features and talent development funds.

“The impact of the COVID-19 crisis has been devastating and far reaching, and we are working with colleagues across the industry to support those who have been hardest hit, and ensuring that we thrive as we recover,” Roberts said in a statement. “We are part of a community of innovative and talented creatives working across the entire value chain. We are committed to supporting the individuals, organisations and businesses who have been most impacted by COVID-19, and we have developed a programme of support, which sits alongside the Government’s extensive fiscal package.”

Also Read: Celebrities Who Have Died From the Coronavirus (Photos)

£2 million will go to the BFI Film Continuation Fund, which will be made available to productions interrupted due to the coronavirus outbreak and will cover unexpected, additional costs to make sure production can resume.

Another £1.3 million will go to the BFI FAN COVID-19 Resilience Fund, or the Film Audience Network, that supports small and mid-sized exhibitors across the UK. Applications will open next week via local Film Hub Lead Organizations.

Next, £500,000 was donated to the COVID-19 Film and TV Emergency Relief Fund, which specifically aids freelancers with one-off grants between £500 and £2,500. BFI partnered with the Film and TV Charity to set up the fund and is fueled with £2.5 million in all thanks to additional donations from Netflix, the BBC, WarnerMedia and several generous individuals, as well as the BFI.

The BFI also adjusted its funding criteria such that its BFI Locked Box is available to producers, writers and directors who have a share of income from previous BFI supported projects. The fund is ordinarily only accessible for future project development, production or training, but now it will be made available to help support reasonable overheads to protect businesses over the next six months.

For more details about all the key funds being provided and how to apply, visit here.

Where does “The Gentlemen” rank among the British genre director’s filmography?

Ever since Guy Ritchie exploded into the independent cinema landscape in the late 1990s, he’s been one of the signature auteurs of the crime genre, injecting a particular blend of style and enthusiasm -- and a penchant for overlapping ensemble storylines -- into the cinematic lexicon. To his fans, that’s enough: Ritchie’s many similar crime comedies scratch a particular itch by telling one type of story in largely similar ways, not unlike a series of slasher sequels or rom-coms. To his critics, it sometimes seems like Ritchie is a one-trick pony, even though he’s repeatedly tried, with some success and some failures, to break out of his iconic style and prove how multifaceted he can be.