In a Monday social media video of President Joe Biden signing the $1 trillion Infrastructure Investment and Jobs Act into law, the presidential seal was noticeably blurred. Despite the reaction of some conspiracy theorists, this does not mean the president is somehow not the president or was added into the video using CGI.

The blur, according to the Associated Press, was done to comply with a federal statute that limits how the seal can be used. Typically, only White House-affiliated accounts, like @POTUS, can post a clear image of the seal, while personal accounts, like @JoeBiden or @KamalaHarris, need to post a blurred version.

Vice President Kamala Harris and the Democratic National Convention shared the videos Monday and Tuesday, and they are similar to others shared previously. The seal has been blurred out in images and videos in the past. Some Twitter users even pointed to times when it was blurred out during former President Donald Trump’s administration. 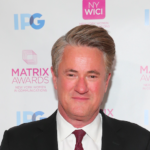 Online, there was chatter about the blurred seal in the video shared by Harris — much of it about whether the blurriness signified Biden is not running the country, which is a popular conspiracy theory among some on the right.

Some went so far as to suggest Biden’s image was phony, too, and he was somehow superimposed into the video using computer-generated graphics.

Ultimately, however, the blurring was just done to comply with U.S. Code § 713, which says anyone who displays the seal with an “advertisement, poster, circular, book, pamphlet, or other publication, public meeting, play, motion picture, telecast, or other production, or on any building, monument, or stationery, for the purpose of conveying, or in a manner reasonably calculated to convey, a false impression of sponsorship or approval by the Government of the United States or by any department, agency, or instrumentality thereof,” may be subject to a fine or even short-term imprisonment. As a result, campaign and personal accounts belonging to politicians tend to simply blur it out.