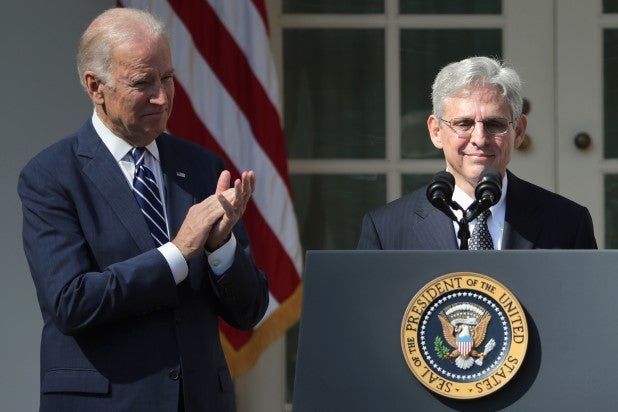 Garland was initially nominated to the Supreme Court of the United States in 2016 by then-president Barack Obama, under whom Biden served as vice president. Republicans, led by Senate Majority Leader Mitch McConnell, refused to hold a hearing on the nomination, leaving the late Justice Antonin Scalia’s seat open until Donald Trump won the presidency. After he took office in 2017, Trump nominated Neil Gorsuch for the role.

The reports about Garland’s impending attorney general nomination come amid a week already jam-packed with political intrigue: Tuesday night, supporters of Trump’s descended on Washington, D.C., to protest the Congressional certification of Biden’s win as voters in Georgia headed to the polls and voted in two runoff elections to determine which party will control the Senate.

Also Read: Merrick Garland: 5 Facts About the Supreme Court Nominee - Who Is This Guy?

By Wednesday morning, Democrat Raphael Warnock was declared victorious in one of the Georgia races, while fellow Democrat Jon Ossoff held a slim lead over Republican incumbent David Perdue in the other contest.

If both win election, the Senate Majority Leader position would likely be stripped from McConnell, who originally held up the effort to confirm Garland to the Supreme Court. On Wednesday afternoon, the House and Senate are meeting to certify the election results, though numerous Republican lawmakers have declared they will oppose Biden’s win, aligning themselves with Trump, who continues to baselessly claim the Democratic party’s victory is the result of widespread voter fraud.

In spite of Trump’s refusal to concede, Biden is moving ahead in preparation for his administration. According to CNN, Biden will announce his nomination of Garland and other senior Department of Justice leaders as early as Thursday.

Garland has experience in the Department of Justice. Prior to becoming a judge of the U.S. Court of Appeals for the District of Columbia Circuit, Garland worked as a prosecutor for the department. While there, he was involved in the Oklahoma City bombing prosecution, the prosecution of Unabomber Ted Kaczynski and the investigations into the Atlanta Olympics bombings.