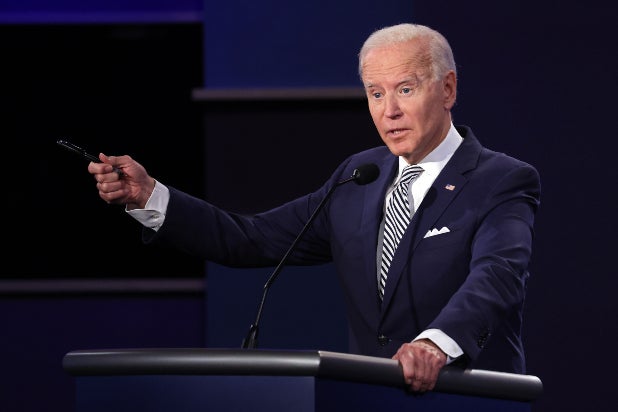 Democratic nominee Joe Biden is beating President Donald Trump in one surprising area ahead of the November election: Twitter engagements.

According to Conviva, Biden has steadily increased in all of those metrics since the beginning of the year, but September marked the first time all of 2020 that Biden has won all three.

As Axios also pointed out, across the platforms of Twitter, Facebook, Instagram and YouTube, the president has over 141 million followers. Across those same four platforms, Biden has just under 20 million. The Democratic nominee’s reach is significantly smaller, making the higher engagement rate more noteworthy.

Specifically, on Twitter, the president has over 87 million followers on his @realDonaldTrump account. (@POTUS, the government account given to the sitting president, has almost 32 million, but largely just retweets Trump.) Conversely, @JoeBiden has just over 11 million Twitter followers.

Democrats have been breaking Twitter records this year. Earlier in the summer, Rep. Alexandria Ocasio-Cortez gave a House floor speech reprimanding GOP Rep. Ted Yoho and broke a C-SPAN Twitter record in the process. The clip of her speech posted by the official C-SPAN Twitter account quickly racked up over 12 million views in one day, which was even more than the previous record for a House member — 1.6 million — which was also set by Ocasio-Cortez in January. The clip also became C-SPAN’s most-retweeted ever, according to C-SPAN communications director Howard Mortman.