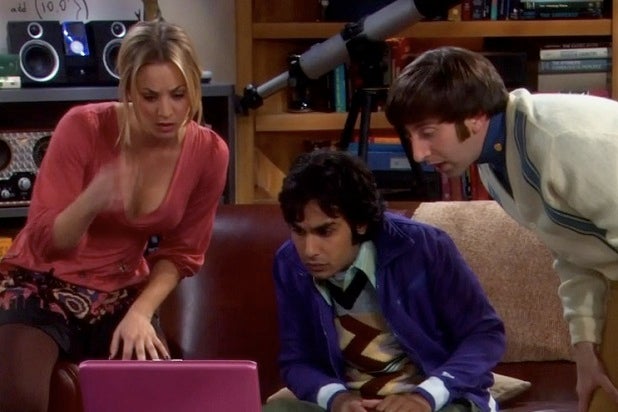 “The Big Bang Theory,” TV’s top-rated sitcom, will remain on the air through at least 2017, CBS announced.

The highly unusual, three-year renewal represents a major vote of confidence in the show, which is also the top-rated scripted series on broadcast television in the key 18-49 demographic. (Last season, AMC’s “The Walking Dead” beat it in the demo, the first time a cable show has led.)

“Comedy is a big part of our schedule, and ‘The Big Bang Theory’ is the biggest comedy force on television,” said CBS entertainment chairman Nina Tassler. “This multi-year deal further strengthens our network’s position for future seasons and marks another chapter in the great partnership CBS enjoys with Warner Bros. Television for delivering audiences the best in comedy. We’re proud to work with and showcase the incredible talents of Chuck Lorre, Steve Molaro and this amazing cast every week.”

The move brings stability to a network that loves stability. “Big Bang Theory” has powered a Thursday night CBS block that has hit both Fox and NBC hard, cutting deeply into the ratings for “American Idol” and thwarting NBC’s attempts to recapture its longstanding place as the Thursday-night destination for comedy.

Also read: ‘Big Bang Theory’ Song ‘If I Didn’t Have You’ Now Available for Your Downloading Pleasure

The show is averaging 19.79 million viewers, up 4 percent from last year, and a 6.1 rating in the key demo.