Pretty much nobody expected Britini to get evicted on “Big Brother” this week, considering she was on the block with Frenchie. But perhaps even fewer people expected her to bust out an original rap to make her final case to the houseguests — and uh, it wasn’t exactly a welcome surprise.

Apparently, rapping is the skill Britini has chosen to show off in the house, in an effort to hide the fact that she’s a black belt in karate (she is presumably hiding the latter so as not to indicate that she could excel in physical competitions, but she hasn’t outright said as much). In the footage leading up to the eviction vote, audiences saw Britini practicing her raps in the mirror and with the houseguests, even freestyling one about Xavier, the newest HOH.

According to Britini, it only took 15 minutes to write the rap she used to try and persuade her fellow players to keep her around, but she had been practicing it since Sunday. You can watch the moment via the video above. But, fair warning, it might spark some reactions like this. 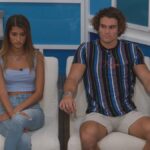 Of course, some took pleasure in the moment, if only for the reaction of Kyland, in his final moments as HOH.

That said, Kyland may need to be more than a bit wary of Britini, as she indicated that she’ll likely be gunning for him in her goodbye video to Frenchie. Because yes, in the end, Britini did manage to remain in the house as she hoped — mostly because Frenchie was the clear house target — and ended up trending in the “Rap” category on Twitter. 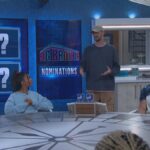 You can check out more reactions to Britini’s bars below.