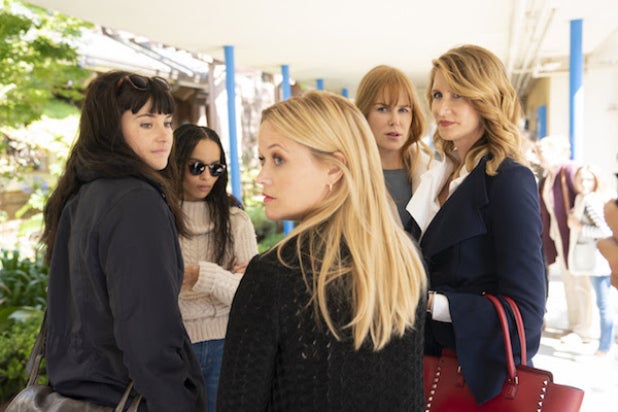 News that a second season of HBO’s “Big Little Lies” was in the works was not welcomed by fans of it being a one-off miniseries. But newly installed HBO boss Bob Greenblatt promises that viewers will be happy with what the show’s creative team has cooked up for the new episodes.

“I loved the conclusion of that first story,” Greenblatt said in an interview with TheWrap. “It felt like you could walk away [then] and be really satisfied. And yet, I was thrilled when I heard that this cast was coming back together with this creative team. And, oh, by the way, Meryl Streep is coming on board.”

Created by veteran showrunner David E. Kelley and featuring an all-star cast led by Oscar winners Nicole Kidman and Reese Witherspoon, HBO’s adaptation of the novel by Liane Moriarty was a huge success when it debuted in 2017. With strong viewership numbers and a sweep at the Emmys, speculation began almost immediately about whether the limited series would stay limited. And soon after the speculation came the fierce blowback from defenders of the Season 1’s pitch-perfect ending.

Nonetheless, HBO moved forward with a second season, which is now set to debut in June. Kelley and the entire core cast has signed on to return, with the additions of Streep in her first major TV role in 15 years and director Andrea Arnold, whose work has taken home the Jury Prize at Cannes three separate times.

But even with all the success and big-name talent on board, HBO programming boss Casey Bloys said the decision to renew the show wasn’t one anybody took lightly.

“Everybody, HBO and all of the producers, went into this somewhat skeptically,” Bloys said. “With the same feeling that you had, the feeling of Do we want to mess with this? But what we reacted to was the story that Liane came up with in the novella and that David took and turned into a really compelling season arc. It was undeniable to all of us.”

“Nobody wanted to mess with success,” he continued. “But once you see it, you go, ‘Oh there is more story to tell.’ There’s a natural story to follow there.”

Greenblatt, who was not involved in the commission of the second season, said he’s watched the first two episodes and is “thrilled” with what he’s seen so far.

“Nothing is done quickly or cavalierly or because we have an audience and we know we can replicate that audience,” Greenblatt said. “It’s really about what is the creative idea and is it really worth pursuing. Is it going to uphold the standards of this company to continue … It’s very thoughtful, and I think that’s rally important in a world where volume is the name of the game.”