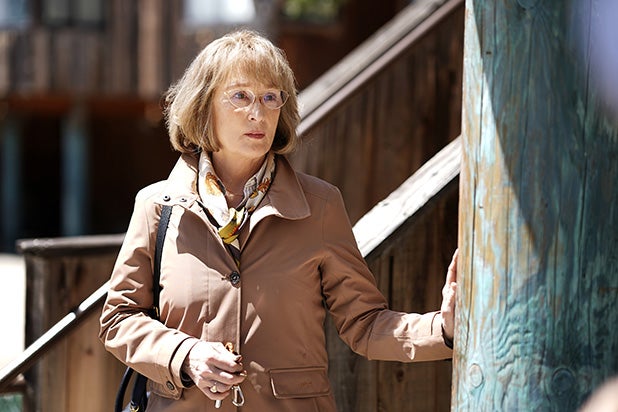 Andrea Arnold was brought in to direct all seven episodes of “Big Little Lies” Season 2, but she had little to no creative control of the final product, according to a new report.

IndieWire reported Friday that once principal photography on the season had been completed, Jean-Marc Vallee, executive producer and director on Season 1, was brought in to re-edit all of the episodes before air without Arnold’s advance knowledge. According to the report, Arnold wasn’t made aware of the extent the other director’s involvement until it came time for reshoots, which saw Vallee taking a more hands-on role.

In a statement, HBO pushed back on the report, saying the show’s executive producers worked “collaboratively” on the second season, noting that in television, widely considered a writer-producer’s medium, directors rarely have full creative control, especially later in a show’s run.

“There wouldn’t be a Season 2 of ‘Big Little Lies’ without Andrea Arnold,” HBO said in a statement. “We at HBO and the producers are extremely proud of her work. As with any television project, the executive producers work collaboratively on the series and we think the final product speaks for itself.”

Additionally, a person familiar with the inner workings of the show told TheWrap: “Nothing out of the ordinary took place on ‘Big Little Lies.'”

Arnold started work on a cut of the season with her own editing team, but Vallee and his own team were brought in before they had even finished an episode, according to the report. The decision was pegged to showrunner David E. Kelley, who reportedly sought to maintain a consistent visual style throughout the two seasons.

According to IndieWire, she was given little instruction as to maintaining Vallee’s style ahead of production and was instead allowed “free rein” up until the point she had creative control taken away. Once Vallee, who is still an executive producer on the show, was brought back into the fold, an additional 17 days of photography were scheduled, with Vallee on set dictating what was shot and how, despite Arnold still serving as director. Citing unnamed sources “close to Arnold,” IndieWire reported that the director is “heartbroken about the experience.”

Representatives for Vallee and Arnold did not immediately return TheWrap’s request for comment.

Led by Reese Witherspoon, Nicole Kidman, Laura Dern, Shailene Woodley, Zoe Kravitz and Meryl Streep, “Big Little Lies” Season 2 was commissioned by HBO following the massive success — both critically and commercially — of what was originally intended to be a limited series.

Vallee, who directed every episode of the first season, was unavailable to direct the second given his involvement on last year’s “Sharp Objects.” Arnold, known for her film work including “American Honey” and “Fish Tank,” was brought on in his place.