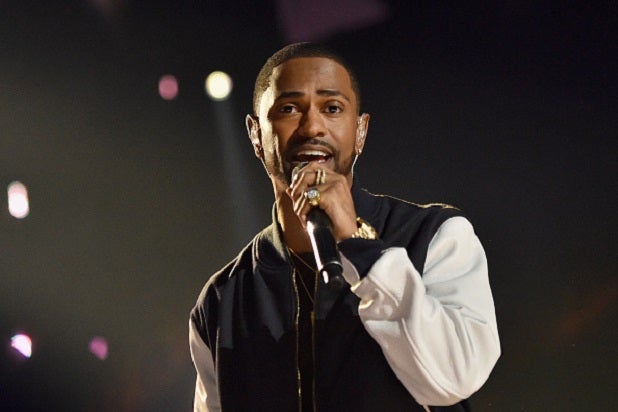 Big Sean, who released his new album “I Decided” on Thursday, promoted the new effort with an appearance on Funkmaster Flex’s show on Hot 97.

Big Sean also took pointed pokes at ISIS and the ride app Uber, which has come under fire in recent days for seeming to profit from protests of Trump’s travel ban.

“I canceled my Uber, it’s time to Lyft the burden,” Big Sean rapped at one point, before moving on to a particularly violent passage about terrorist group ISIS and the current chief executive.

“And I might just kill ISIS with the same icepick/That I murder Donald Trump in the same night with,” he rapped.

Presumably, Big Sean’s freestyle will be followed by his next monster hit, “Secret Service at My Door.”

The rapper’s new album is also peppered with anti-Trump sentiment. The collection contains the track “No Favors,” featuring Eminem.

On the track, Eminem takes a lengthy shot at conservative pundit Ann Coulter, describes “urinating on Fergie” and declares, “I’m anti, can’t no government handle a commando, your man don’t want it, Trump’s a b–, I’ll make his whole brand go under (yeah).”

Watch Big Sean slay it with his freestyle rap below.