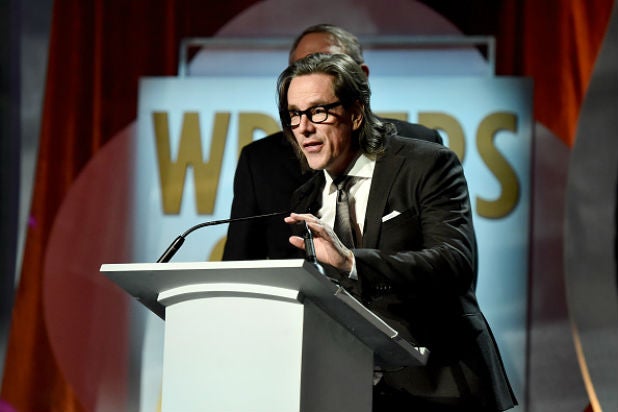 The untitled one-hour project is described as a multifaceted realistic look at what it would take to create a present-day civil war in the United States of America.

Previously, Randolph worked on the screenplays for such films as “Love & Other Drugs” starring Jake Gyllenhaal and Anne Hathaway. He also wrote “The Interpreter,” which starred Sean Penn and Nicole Kidman, and the Kevin Spacey film “The Life of David Gale.”

He is represented by CAA, Brillstein Entertainment Partners, and Craig A. Emanuel of Loeb & Loeb.

Randolph’s is one of many projects currently in the works at the streaming service. Fellow Oscar winner Woody Allen is currently working on a half-hour series for Amazon that he’ll star in with Miley Cyrus and Elaine May.

Last week, Amazon announced that they will revive “The Tick” live-action series with comic creator Ben Edlund producing. Barry Josephson is also producing, as both he and Edlund worked on the ill-fated live action “Tick” series in 2001 for Fox. Wally Pfister is in talks to direct. Sony Pictures Television will produce.