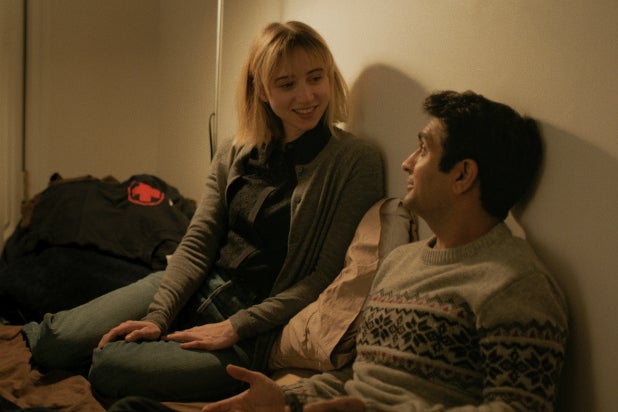 This past January, Kumail Nanjiani and Emily Gordon wowed Sundance audiences with their romantic comedy “The Big Sick,” and at Cannes, Sofia Coppola made history by becoming the first woman to win the festival’s Best Director prize for her remake of “The Beguiled.”

Now, both films have finally arrived in theaters with Los Angeles/New York limited releases this weekend, and the results have been stellar. “The Big Sick” grossed an estimated $435,000 from five screens, giving it the best per screen average of the year so far with $87,000 per screen. “The Beguiled,” also performed very well with $240,545 from four screens for a PSA of $60,136, a new personal best for Coppola.

“The Big Sick” stars Nanjiani as a dramatized version of himself and recounts how he met his wife, Emily (played by Zoey Kazan), with whom he co-wrote the film. Directed by Michael Showalter and produced by Judd Apatow and Barry Mendel, the film was bought by Amazon Studios at Sundance for $12 million, with Lionsgate later joining as co-distributor. It has a 97 percent score on Rotten Tomatoes.

“The Beguiled” is a remake of Don Siegel’s 1971 Civil War melodrama starring Clint Eastwood. Coppola’s version stars Kirsten Dunst, Nicole Kidman and Elle Fanning as a trio of women in a southern mansion who become infatuated with a Union soldier (Colin Farrell) they nurse back to health, only to get caught in a web of manipulation as his darker side comes to life while he recovers.

In addition to directing the film, Coppola holds credit as writer and producer. Focus Features is distributing and will expand the film to 500 screens next weekend.

Among holdovers, Focus’ “The Book of Henry” crossed the $3 million mark in its second weekend with $937,000 from 646 screens for a PSA of $1,450. Roadside Attractions expanded “Beatriz at Dinner” to 491 screens this weekend, bringing in $1.8 million and giving it a cume of just under $3 million. Finally, Sony Pictures Classics’ “Paris Can Wait” crossed the $4 million mark in its seventh frame with $612,000 from 408 screens, bringing its cume to $4.19 million.