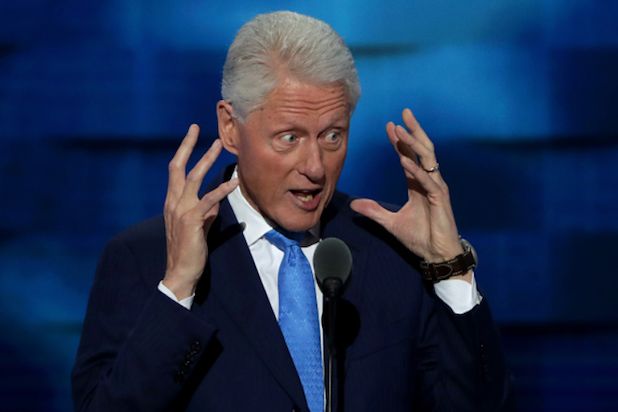 History has scrapped plans for a six-episode scripted series about the impeachment of Bill Clinton.

“The Breach: Inside the Impeachment of Bill Clinton” from executive producer R.J. Cutler was ordered straight-to-series in September. No reason was given for the decision to cancel the series.

The move comes on the same day Ryan Murphy said in an interview with The Hollywood Reporter that he has abandoned plans for a Monica Lewinsky-focused season of “American Crime Story.”

Based on Peter Baker’s best-selling non-fiction book “The Breach: Inside the Impeachment and Trial of William Jefferson Clinton,” was planned as a deep dive into the scandal featuring major Republican and Democratic players in the White House and Congress.

The series would have tackled infighting among the president’s advisers, the secret back-channel negotiations between the White House and Congress, Clinton’s affair with Monica Lewinsky, and the manner in which Clinton, his family, and his political opponents all dealt with the fallout.

Produced by FremantleMedia North America in association with A+E Studios, “The Breach” was to have been co-written by David K. Israel and Cutler, producer of the Academy Award-nominated documentary “The War Room” about Clinton’s 1992 presidential campaign. Cutler was also set to direct the series.