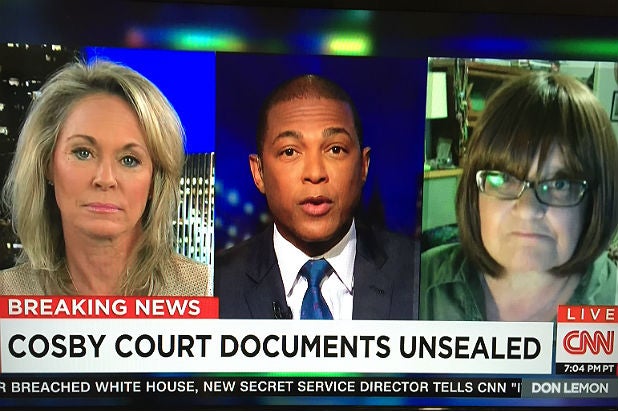 The newly-released court documents, that included an admission from Bill Cosby that he obtained Quaaludes to give to young women he intended to have sex with, are a “game changer,” two of the comedian’s accusers said Monday.

Barbara Bowman and Joan Tarshis both appeared on Don Lemon’s “CNN Tonight.” The two told Lemon Cosby’s admission in the 2005 deposition from a federal court case in Pennsylvania, is “huge.”

“I’ve worked so long and hard to tell my story and screamed on deaf ears,” Bowman, one of the first in a string of woman to accuse the 77-year-old TV legend of sexual assault, said via satellite from Irvine, California. “It really was quite amazing… everything turned 180 today.”

Also Read: Bill Cosby Rep Says Comedian Settled 2005 Quaaludes Case 'Because It Would Have Been Embarrassing'

“I am feeling really great, I never thought this day would happen,” Tarshis added, as she appeared via Skype. The former actress, publicist and journalist first detailed her rape claims against Cosby in an essay posted to the website Hollywood Elsewhere. She says the alleged abuse occurred in 1969 when she was 19 years old.

The unsealed court documents, first obtained by the Associated Press, are the latest development in Cosby’s fall from grace.

The TV legend made his shocking statements as he testified under oath in a sexual assault case brought by former Temple University employee, Andrea Constand. During his testimony, he admitted to giving Constand three half-pills of Benadryl. However, Constand’s attorney fired back, “We do not agree that the drug that was given to our client was Benadryl.”

The documents, obtained by TheWrap, go on to state that “defendant [Cosby] testified that he obtained seven prescriptions for Quaaludes.” When asked if he gave the drugs to other people, Cosby replied “yes.”

On Monday night, Cosby’s rep released a statement to ABC News that read: “The only reason Mr. Cosby settled was because it would have been embarrassing in those days to put all those women on the stand and his family had no clue. That would have been hurtful.”

Bowman went on to call the documents “validation of my stories and the other women’s stories — to have him call us liars for so long,” she said. “No one believed us. No one believed me when I was 17 and no one was listening in 2005.

“It is a game changer and it is about time,” the actress continued. “I think we are going to be heard now and I think this is going to be the beginning.”

Watch the video of the CNN interview below.