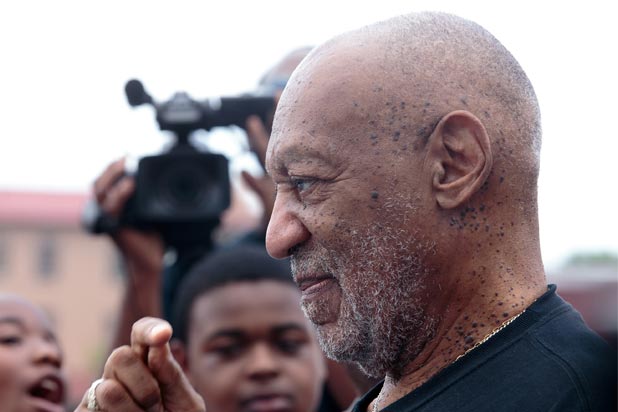 Bill Cosby obtained Quaaludes to give to young women he intended to have sex with, the comedian admitted in a 2005 deposition. During the court proceedings, Cosby testified that he gave the sedative to at least one woman and “other people.”

The Associated Press first reported details of the newly-unsealed documents on Monday, after compelling the court to release the legal papers filed in federal court in Pennsylvania on Nov. 21, 2005. The AP reported that Cosby’s lawyers had objected to the documents being released because they would “embarrass” their client.

Cosby had been testifying under oath during a sexual assault civil suit brought by former Temple University employee, Andrea Constand. During his testimony, the TV legend admitted to giving Constand three half-pills of Benadryl. However, Constand’s lawyer fired back, “We do not agree that the drug that was given to our client was Benadryl.”

The documents, obtained by TheWrap, state that “defendant [Cosby] testified that he obtained seven prescriptions for Quaaludes.”

When asked if he gave the drugs to other people, Cosby replied “yes.”

The documents show that Constand’s lawyer, Dolores M. Troiani, later asked the comedian: “When you got the Quaaludes, was it in your mind that you were going to use these Quaaludes for young women that you wanted to have sex with?” Cosby answered “yes.”

Troiani then asked, “Did you ever give any of those young women the Quaaludes without their knowledge?”

Cosby’s lawyer, Patrick J. O’Connor, objected and instructed his client: “Do not answer it.”

“The Cosby Show” star has been publicly accused of raping, drugging, coercing or sexually assaulting more than 30 different women since 1965, many of whom have only started to come forward in recent months.

The TV legend has never been charged with any crimes stemming from the allegations. Cosby’s attorney, Martin Singer, has denied the accusations made against the comedian in the past. However, Singer did not immediately respond to TheWrap’s request for comment Monday on the Pennsylvania court documents.

In the wake of the allegations, Cosby suffered a series of career setbacks, with Netflix postponing a comedy special that was to have aired late last year, and NBC shelving a comedy that it was developing as a possible starring vehicle for Cosby. Many of his stand-up shows have also been canceled.

Additionally, the comedian resigned from the board of trustees at Temple University in December.