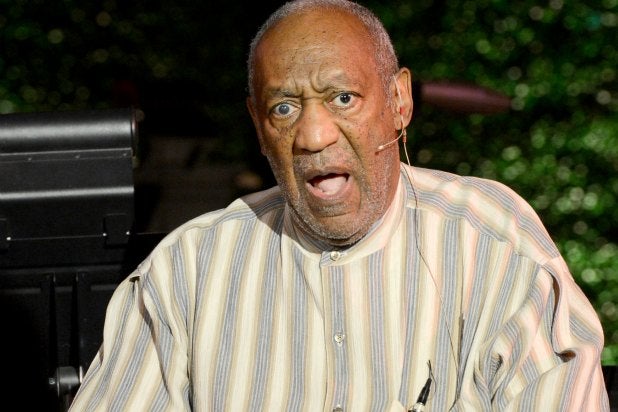 The Associated Press reports Florida women Therese Serignese and Linda Traitz have become additional plaintiffs in a suit originally filed in Massachusetts on Dec. 10 by Tamara Green, who claims that Cosby assaulted her in the early 1970s when she was an aspiring model and singer.

Serignese has said Cosby raped her in 1976, and Traitz alleged Cosby groped her in 1970. The lawsuit argues Cosby defamed the plaintiff’s names by denying their claims through his representatives, including the comedian’s lawyer, Martin Singer.

“We are very confident that we will prevail in this proceeding and we will pursue claims against the attorneys who filed this action,” Singer told TheWrap last month in response to the original filing, seeking unspecified damages.

Serignese, now a registered nurse in Florida, previously told multiple media outlets the iconic comedian drugged her and then raped her in a Las Vegas hotel room when she was 19.

“The next memory I have was I was in a bathroom and I was kind of bending forward and he was behind me having sex with me,” she said. “I was just there, thinking ‘I’m on drugs, I’m drugged.’ I felt drugged and I was being raped and it was kind of surreal. My frame of mind was that it would be over soon and I could just get out of there.”

Traitz, who says she was also 19 at the time of the alleged incident, came forward with her accusations through Facebook in November. Traitz said she was working at a Los Angeles restaurant Cosby co-owned when the comedian gave her a ride home from work one evening. Instead of driving her home, Traitz says he took her to the beach and offered her “pills ‘to relax,’ and became “sexually aggressive” when she declined.

“I never went after him for this and have no financial gain to put myself out there like this,” Traitz wrote. “I’m 63 years old now and felt compelled to speak out.”