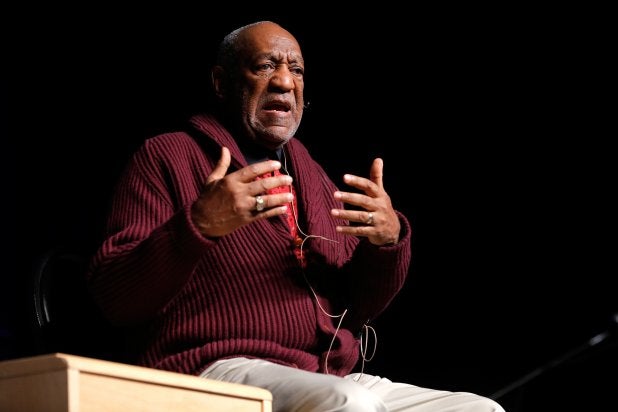 Bill Cosby has no plans to cancel a comedy show in Denver, Colorado, despite reported threats of protests stemming from sexual assault allegations by more nearly 30 women.

Cosby, 77, was reportedly asked by the show promoter if he wanted to cancel his appearance at the Buell Theater Saturday, but declined. Famed California-based discrimination litigator Gloria Allred plans a “Teach In” for members of the community to air their sentiments on Cosby.

“The fact of the matter is he’s not been charged with anything, he hasn’t been convicted of anything. I don’t feel like I have the right to be judge and jury, and I have an obligation to the over 3,000 people that have bought tickets,” AEG Live president and CEO Chuck Morris told CBS 4 in Denver.

Besides Denver’s show, Cosby will also perform in back-to-back shows at the Wilbur Theatre in Boston, Massachusetts, on Feb. 6, the Boston Globe reported.

In the midst of show cancellations, Cosby continues to face intense backlash after over two-dozen women publicly accused the comedian of raping, drugging, coercing or sexually assaulting them since 1965, TheWrap previously reported.

“If I canceled every show that we had some people that protested a particular artist, we’d have a lot less concerts — and not to say some of the causes might be right,” Morris said.

Cosby’s decision to not cancel the Denver show comes after the comedian nixed a performance at the Hanover Theatre for the Performing Arts in Worcester, Massachusetts. Treasure Island Hotel and Casino in Las Vegas and the Diamond Desert Casino in Arizona pulled upcoming shows in January, TheWrap reported. The Foxwoods Resort Casino in Connecticut followed, axing a show with ticket refunds.

At a show in Ontario, Canada on Jan. 8, a man shouted to Cosby, “You’re a rapist!” before being escorted by police. The comedian also joked about the accusations, telling a woman, “You have to be careful about drinking around me.”

Also read: Why Bill Cosby Ticket Holders Can’t Get Refunds Whether They Think He’s a Rapist or Not

The fallout from swelling allegations prompted TV Land to pull reruns of “The Cosby Show,” and NBC announced it would no longer move forward with a sitcom starring Cosby. Netflix also postponed a comedy special that would have premiered last Thanksgiving.

Outside the networks, Hollywood stars such as director Judd Apatow and actors Tom Arnold and Norm McDonald slammed the comedian and scandal. Phylicia Rashad, who played Cosby’s on-air wife Clair Huxtable on “The Cosby Show,” said the allegations were about “the obliteration of a legacy.”