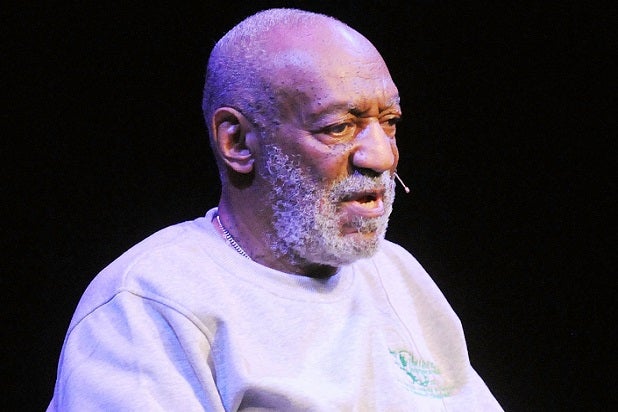 Bill Cosby will find himself in a decidedly unsexy position on Friday — sitting for a deposition.

During a court hearing on Wednesday, a judge denied the comedian’s request to toss out the sexual battery lawsuit brought against him by Judy Huth, meaning that a deposition in the case should go forward as scheduled on Friday.

Cosby’s lawyers had sought $45,000 in sanctions against Huth and to terminate the case, contending that Huth wrongfully identified Cosby in her December 2, 2014 complaint, in violation of anonymity mandates in the Code of Civil Procedure, among “a bevy of other wrongful conduct,” according to Cosby’s attorneys.

Cosby’s legal team had also sought to have the deposition in Huth’s case sealed. During Wednesday’s hearing, a judge continued the hearing on the protective order until December 22.

Also Read: Bill Cosby Stripped of Yet Another Degree as Sex Scandal Widens

“Mr. Cosby is not trying to prevent [Huth attorney] Gloria Allred from speaking to the media. That would be a nearly impossible task,” a court filing from late September arguing to keep the deposition confidential read. “Rather, in this Motion, Mr. Cosby seeks entry of a protective order designed to prevent Huth and her attorneys from disclosing his confidential deposition testimony and other materials and information generated during pre-trial discovery given that such materials are not public components of a civil trial.”

The desire to keep the deposition under wraps is understandable. In July, a deposition that Cosby gave in a 2005-06 case brought by former Temple University employee Andrea Constand was released and partially reported on by the New York Times, revealing that Cosby had admitted to seeking Quaaludes to give to women he’d hoped to have sex with.

The disclosure helped to turn popular opinion against Cosby, as many of his accusers have claimed that the comedian drugged them before allegedly violating them.

Huth claimed that Cosby brought her to the Playboy Mansion in 1974, instructing her to say that she was 19 if anyone asked. She claims she was actually 15 at the time.

“While at the Playboy Mansion, plaintiff told Cosby that she needed to use the bathroom,” Huth’s lawsuit reads. “Cosby directed her to a bathroom within a bedroom suite near the game room. When plaintiff emerged from the bathroom, she found Cosby sitting on the bed. He asked her to sit beside him. He then proceeded to sexually molest her by attempting to put his hand down her pants, and then taking her hand in his hand and performing a sex act on himself without her consent.”

The Los Angeles County District Attorney’s Office declined to pursue prosecution against Cosby in the matter, saying that the alleged offense fell outside the statute of limitations.