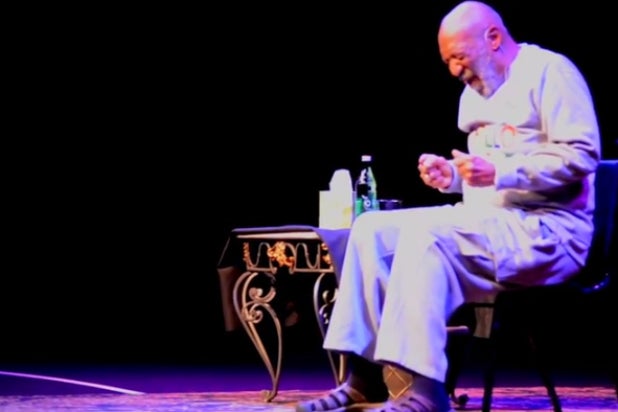 Bill Cosby brushed aside a bombardment of mounting rape allegations and the ensuing media storm to perform business as usual on Friday night in Melbourne, Fla. That business? Ninety minutes of family-friendly stand-up comedy.

The embattled ex-sitcom star got two standing ovations during his sold-out last night, despite all of the questions surrounding his character. There was just one lone protestor outside of the show; Rockledge resident Julie LeMaitre had a poster board sign that read: “Rape Is No Joke.”

Cosby did not touch the allegations during his set.

Cosby has seen many of his projects dropped and high profile stand-up dates canceled recently.

Watch the video of Cosby last night, sharing a story about his very brief time as a fifth-grade track star: