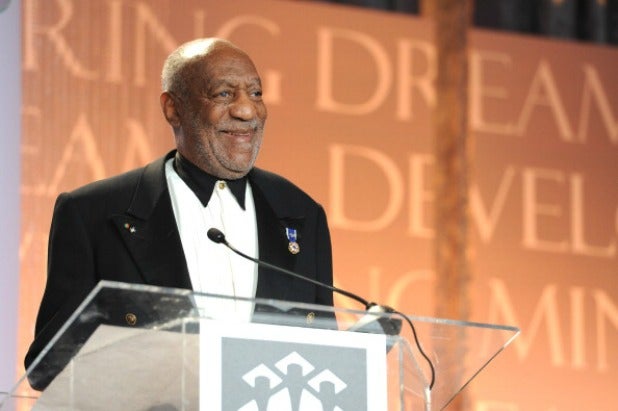 Bill Cosby could soon find himself in a very familiar role: Starring in a family comedy.

The actor and comedian has entered a deal with NBC to lead a half-hour familial sitcom. Writers are currently being hired for the project, which has no studio attached to it yet.

The new venture will find Cosby at the head of a multi-generational family.

Cosby discussed the project in November, saying that he hoped to bring “warmth, and love, and surprise” to the comedy.

“I want to be able to deliver a wonderful show to [a] network,” Cosby said. “Because there is a viewership out there that wants to see comedy, and warmth, and love, and surprise, and cleverness, without going into the party attitude.

“They would like to see a married couple that acts like they love each other, warts and all, children who respect the parenting, and the comedy of people who make mistakes,” Cosby added. “Warmth and forgiveness. So I hope to get that opportunity, and I will deliver the best of Cosby, and that will be a series, I assume, that we could get enough people week after week after week to tune in to, to come along with us.”