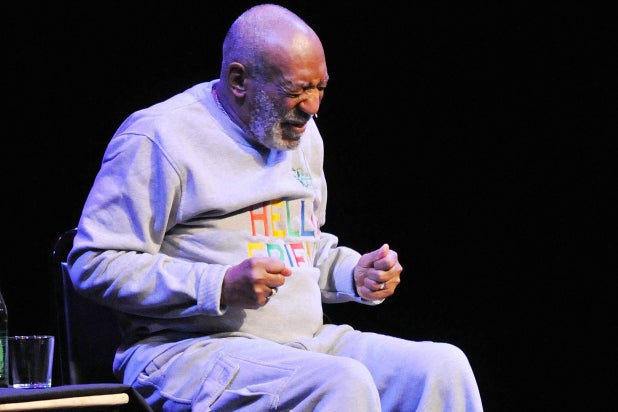 A coalition of local African-American civil rights leaders are calling on the Hollywood Chamber of Commerce, as well as its president and CEO Leron Gubler to remove Bill Cosby‘s star from the Hollywood Walk of Fame.

“Bill Cosby, by his own admission, obtained drugs in order to use with young women he wanted to have sex with,” Project Islamic Hope CEO Najee Ali wrote, referring to damning 2005 deposition documents unveiled on Monday. “As far as I’m concerned, Cosby is a serial rapist. Rape is rape… and we should all understand the devastating and traumatic pain this does to a woman for the rest of her life.”

In the recently unsealed court papers, Cosby admits to obtaining Quaaludes to give to at least one woman that he intended to have sex with, as well as unspecified “other people.”

“Nearly 40 women have come forth publicly over the year’s stating publicly that Cosby drugged and had sex with them without there consent. Which is rape,” the statement continued. “Cosby deliberately placed himself in a position of high moral standards and told the African American community who they are to be, while he was cheating on his wife and drugging and raping women nationwide. This is the epitome of hypocrisy revealed.”

TheWrap called Ali and Gubler for additional comment early on Thursday morning, but neither were immediately reachable.

“Shame on Whoopi Goldberg and the other African-American Cosby supporters,” Ali continued. “Cosby did this to himself. Your continued support of a serial rapist is a major reason why women don’t want to report sexual assault, because they feel no one will believe them.”

Goldberg has been steadfastly defending Cosby’s right to be considered innocent until proven guilty in a court of law.

The memo concluded: “We’re calling for the  Hollywood Walk of Fame and Hollywood Chamber of Commerce President Leron Gubler to remove Bill Cosby‘s star from the Walk of Fame.”

In protest, the coalition will hold a press conference on Crenshaw and King Blvd. (on the Walmart side) in Los Angeles at 10 a.m. on Thursday.