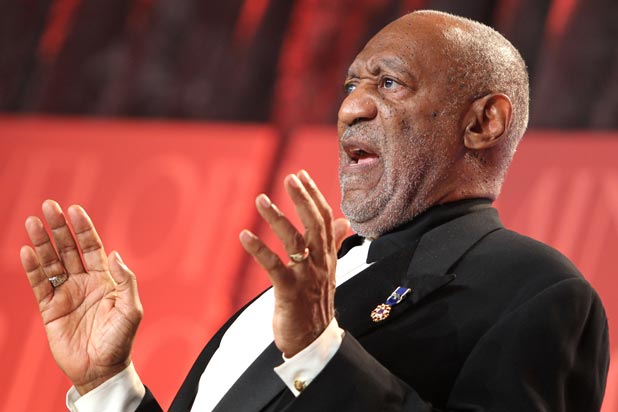 Attorneys for embattled comedian Bill Cosby are going on the attack against the media and one of Cosby’s accusers. In a new legal filing obtained by TheWrap, Cosby’s attorneys allege that Andrea Constand and her lawyers violated a settlement agreement between her and the comedian, and ask that further details of the settlement remain sealed.

In the papers filed in federal court in Pennsylvania on Tuesday, Cobsy’s legal team said that Constand is asking the court to “negate the confidentiality portions of the settlement agreement” that Cosby and Constand struck in 2006 while retaining the financial benefits of the settlement.

“Tellingly, Plaintiff does not seek to void the entire Settlement Agreement; obviously, she wants to keep what she was paid,” the court papers read.

Also Read: Bill Cosby Admits to Obtaining Quaaludes to Give to Women

As TheWrap previousy reported, Constand, a former Temple University employee, is seeking to void the 2006 confidentiality agreement because she has “come to the realization that she once again must defend herself in the forum chosen by the defendant.”

The new court papers come after excerpts from Cosby’s deposition in the case were released on July 6, revealing that Cosby admitted to obtaining Quaaludes to give to women he planned to have sex with.

Tuesday’s filing contends that the Quaaludes admission does not amount to a confession to rape — though, Cosby’s lawyers contend, the media took it as such.

“Those excerpts did not however, contain any testimony that Defendant engaged in any non-consensual sex” or gave anybody “Quaaludes without her knowledge or consent,” Tuesday’s legal filing said.

The documents go on to give a fairly detailed description on the popularity of Quaaludes in the 1970s.

“Indeed, Quaaludes were a highly popular recreational drug in the 1970s, labeled in slang as ‘disco biscuits,’ and known for their capacity to increase sexual arousal,” the filing reads. “Yet, upon the unsealing of those excerpts, the media immediately pounced, inaccurately labeling the released testimony as Defendant’s ‘confession’ of ‘drugging’ women and assaulting them.”

In recent months, Cosby has been accused of rape or sexual assault by dozens of women, with a common theme being that he allegedly drugged them beforehand.

Cosby’s attorney, Martin Singer, has denied such accusations in the past. However, in light of the scandal, Cosby has suffered a number of career setbacks, with NBC ditching plans to develop a comedy for Cosby and Netflix opting to postpone a comedy special starring the comedian.