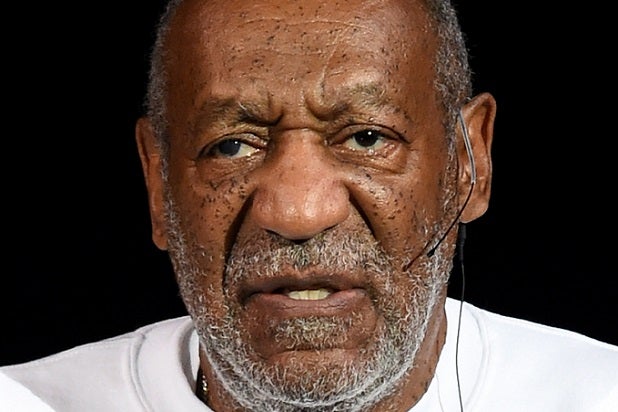 Bill Cosby‘s upcoming appearance on “Late Show With David Letterman” has been canceled, following resurfaced allegations that he had raped an aspiring actress decades ago.

Cosby’s appearance on the CBS late-night show, which had been scheduled for Wednesday, has been axed, according to a Newsday report.

No reason was given for the cancellation, but the scheduling change comes amid renewed accusations that Cosby had drugged and raped Barbara Bowman multiple times during the mid-1980s.

On Saturday, Cosby went silent when asked during an interview with NPR’s “Weekend Edition” about the “serious allegations raised.” He shook his head to signify no when host Scott Simon asked if he wanted to address the accusations.

Bowman, who in a recent Washington Post op-ed said that she has been “telling my story publicly for more than 10 years,” has been making the media rounds lately with her revelation. Bowman appeared on CNN Thursday night, telling Don Lemon that she came to New York at age 17 with her sights set on an acting career.

According to Bowman, Cosby had been “mentoring and grooming me,” but on more than one occasion she was drugged and raped by the former “The Cosby Show” star.

During one alleged incident, Bowman claimed, she woke up groggy in Cosby’s New York residence, after drinking a glass of wine the night before.

Also read: Bill Cosby Asks Fans to Make Him an Internet Meme and It Backfires

“Before I knew it, I was with my head over the toilet throwing up. He was holding my hair over my face while I threw up and I was in a white t-shirt and my panties, and he was looming over me in a white robe.”

Cosby has denied Bowman’s story, as well as similar accusations leveled by other women.

In October, a scheduled Cosby appearance on “The Queen Latifah Show” was postponed, though the show steadfastly denied reports that it had canceled the appearance and insisted that the decision was the comedian’s.

“Mr. Cosby’s scheduled appearance on ‘The Queen Latifah Show’ was postponed at his request and was in no way related to any of our recent or upcoming scheduled guests,” a spokesperson told TheWrap at the time.