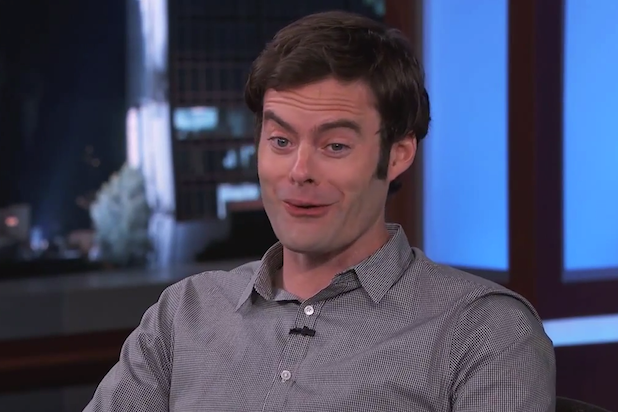 “SNL” fan favorite Stefon is going to be in for quite the surprise when he returns to 30 Rock’s Studio 8H next month, considering he won’t find “husband” Seth Meyers anchoring the show’s “Weekend Update” segment.

Former eight-season “Saturday Night Live” veteran Bill Hader will return as host to the show that made him famous on Oct. 11. He will be joined by musical guest Hozier, whose self-titled debut album will be released next month.

For Hader’s October appearance, it would be shocking if the sketch comedy show’s “Weekend Update” writers aren’t already scribbling down notes for him to reprise his most famous character, Stefon. If he does, the giggle-prone club-hopper will discover that there have been plenty of changes at the “Weekend Update” desk. Not only has his beloved Meyers moved on, but even Stefon’s perceived rival — Cecily Strong — will not be seated behind the “Update” desk.

Instead, returning head writer Colin Jost and newcomer Michael Che — who previously served as writer before departing for “The Daily Show” — will anchor the segment throughout the NBC staple’s landmark 40th season.