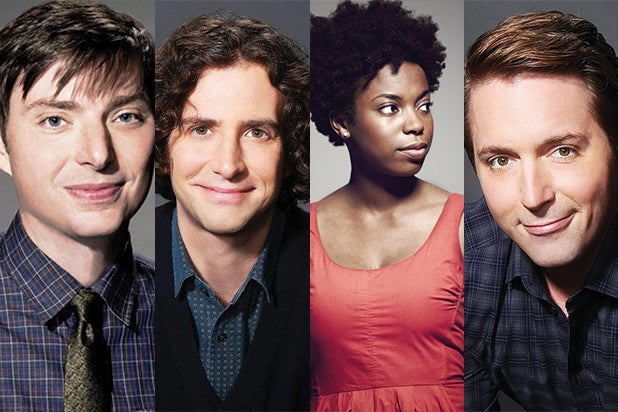 Official decisions have finally been shared by the highly secretive NBC staple “Saturday Night Live”: Beck Bennett, Kyle Mooney and Sasheer Zamata are set to return to the cast as featured players for the upcoming season.

Mike O’Brien, who last season was upped to a featured player, will return to the writers room for the show’s landmark 40th season.

Earlier on Monday, “SNL” said that 20-year-old stand-up comedian Pete Davidson is joining the cast as a featured player. This marked the final move for the season, the show told TheWrap.

As previously announced, Michael Che will come back to “SNL” from a short “Daily Show” stint to co-anchor “Weekend Update” with the returning Colin Jost. Cecily Strong, who last year worked the “Update” desk with both the departing Seth Meyers and the newcomer Jost, will continue on the show as a featured player.

In another key loss to the sketch comedy show, longtime announcer Don Pardo died this summer. He was 96.