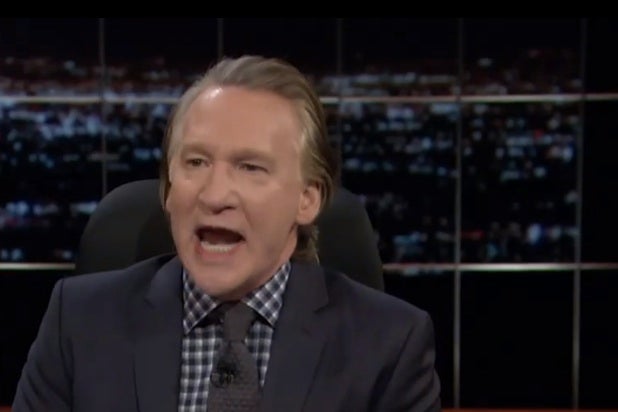 Bill Maher expressed his anger Friday at the media’s unequal coverage of the multiple exaggerations and questionable stories Bill O’Reilly‘s told over the years compared to the Brian Williams controversy.

Maher went through the list of stories that’ve come out in the last few weeks where O’Reilly’s statements have been countered by his former colleagues, and in one case, an audio tape.

“These are out and out lies—now I understand why Fox News backs him because they’re not really a news service,” Maher said. “But why isn’t the mainstream media going after him with the same ferocity—the supposedly liberal media—as they did Brian Williams?” Maher asked.

Maher’s panel answered O’Reilly making things up isn’t really a news story since nobody thinks he’s telling the truth at all times, but Maher remained indignant.

“There is no grey area here,” Maher concluded, saying there’s proof O’Reilly wasn’t on the doorstep of Lee Harvey Oswald associate Georgede Mohrenschild when he committed suicide, nor reported from the Falklands war combat zone, as he said he did.

As TheWrap reported, the media has covered the Williams vs. O’Reilly scandals far differently, with many analysts citing O’Reilly’s commentator status as creating a lower bar for him to have his accounts based on 100 percent fact.