Bill Maher left his compassion at the stage door during Friday night’s “Real Time” when he not only downplayed Jada Pinkett Smith’s sensitivity about her alopecia-caused hair loss, but he also mockingly advised her, “just put on a f—ing wig like everybody else at the Oscars if it bothers you so much.”

The comedian offered his opinion on the events of last Sunday’s Oscars, when Chris Rock joked about Smith’s stylish cropped hairstyle, which prompted her husband, Will Smith, to jump out of his seat and smack a stunned Rock onstage on live TV.

“Real Time” panel guests Laura Coates and Andrew Yang joined Maher in a discussion about the incident. The host said that it wasn’t until the night of the awards that he had ever heard of alopecia, its symptoms and that Pinkett Smith had it. And the conversation went south from there. 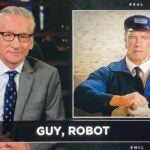 Also Read:
Bill Maher Suggests Maytag Make Arnold Schwarzenegger Its Mascot Because of His Expertise Putting a ‘Load in the Dishwasher’

He went on. “And, you know, just put on a f—ing wig like everybody else at the Oscars if it bothers you so much. I mean, we all. We all, as we age, you know, we look worse. And you do things to deal with it as best you can.”

Maher continued, saying that his hair would be white if he didn’t color it so people wouldn’t “think I’m older than I already am, which is already too f—ing old for television.” 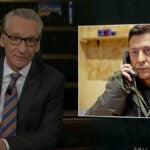 Coates stepped in, attempting to explain from a woman’s perspective about the autoimmune condition.

“I think there’s probably a part of her that has been very, very empowered by being vocal about her alopecia and saying, ‘Look, I’m owning it, I’m shaving my head. I feel like I am going to take this by the horns,'” Coates said. “And there’s probably those quiet moments with her husband when he is seeing and hearing a more personal aspect of it.”

“It’s a condition like life is a condition, you know?” Maher asked. “S— happens as you go down the path of life, and physically, it’s not all going to be roses. It just isn’t. And again, like on the scale of what I need to worry about or feel sorry about, I can’t get there.” 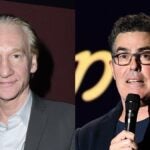