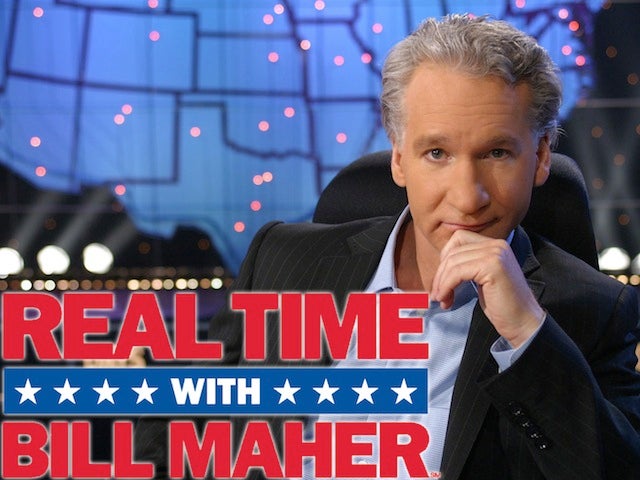 “Real Time With Bill Maher” was renewed for a 13th season on Wednesday, and the politically charged comedian got on the phone with TheWrap to talk about his favorite topics – Republicans, Democrats and … well, Lena Dunham. The show has grown its audience over time, with 4.1 million viewers per week, according to Nielsen ratings. WaxWord caught up with Maher as he prepped the first Friday night show.

Sharon Waxman: Congratulations on getting renewed.
Bill Maher: Yes, I’ll be hanging onto my job for another year.

How do you keep the show fresh at this point, in its 13th year?
I don’t have to worry about it, my fodder is the news, it’s always changing and different. There’s always some idiot Republican stepping forward to make my life easy.

Are you talking about Chris Christie, specifically?
He’s the flavor of the week. Last year at this time it was Rick Perry or Michelle Bachman or Ted Cruz or Boehner. Their douchebag bench is deep.

I’m not sure everyone thinks Christie is a douchebag.
Really? Now that’s a very charitable opinion of someone who pulled off an instance of vengeance and graft I haven’t seen since Godfather 2.

I guess that means you think he’s lying.
If he’s not lying, he’s still guilty of a lot. The reason you hire a Bridget Kelly is because she knows to screw people in the way you would have wanted but not to tell you the specifics. There’s a scene in The Godfather 2 where the Senate has a committee that’s going to Michael Corleone. One witness says, “Did Michael Corleone ask you to kill anybody?” And the mafioso says “No, the family has a lot of buffers.” Do I think he personally, Chris Christie, said “Tie up traffic?” I don’t know if it got that specific. But people that high up wouldn’t do that if they didn’t think that’s what he wanted.

So how is that quest going to get Republicans?
We’ve got Mary Matalin this week. Darrell Issa (R-CA) is on next week.

Has it gotten any easier to get people right-of-center on the show?
We’re doing very well with that. We give people of all stripes a chance to speak. Many times I disappoint my liberal audience by siding with people on the right.

Who’s the person you really want to get that you can’t?
I used to say Bill Clinton or Hillary Clinton, but I’m kind of over them now.

How many times have you asked them?
I’m sure we ask each season. I asked Bill Clinton personally a number of times. I asked him on the air once, on Larry King‘s last show.

Why won’t he do the show?
He’s a very talented politician. But he’s very thin skinned, really, and doesn’t take criticism well, and I call it as a I see it. I voted for him. I defended him endlessly when he was being impeached. Back then we were friends. Anytime he came out to the West Coast I’d be invited to events, I once introduced him at some fundraiser. But I have also said critical things. He’s the kind of guy who needs to be adored. If you’re not straight on kissing the ass, don’t get in the game.

So who do you now want and can’t get?
That Bridget Kelly (fired Chris Christie aide). I think Obama should hire her.

This is kind of easier than doing a daily political shows right ?
No. I have more pressure. I did a show every night for nine years. When you do a show every day, no one expects it to be fantastic every night. You do what you can, you throw shit against the wall. Every daily show does that. When you do it once a week you better make sure it’s pretty fucking great.

I do work much harder on this show than on the daily show. It’s live with no commercials for an hour. When I go out Friday night, I have to do comedy monologue, serious newsmaker interview, to panel discussion and the end piece, New Rules. I don’t get a break between any of them. Meanwhile I’ll get my head into the next thing. I have to be ready to do all of it in a row.

So – New Rules for this Friday night – what’s on your mind?
We’ll talk Chris Christie. Mary Matalin and James Carville are both on, I find them fascinating. How they’ve stayed together. I never understood it. I grew up in a family where my mother and father were completely aligned politically. They never disagreed. I always felt politics is extension of your morality. It made it easy for me as a kid. They say in a new book they almost broke up three times, over the election, the Iraq war.

I wanted to ask you about Ronan Farrow, the MSNBC host who tweeted about Woody Allen during the Golden Globes and referenced sexual molestation allegations?
It’s an amazing thing to think Frank Sinatra was still banging Mia Farrow in the 1980s. They divorced in 1968. (As for Ronan,) I understand. That was his family. He’ll have that point of view. It did disrupt his family life as a child. If I was in his position, I’d have a hard time forgiving Woody Allen.

Do you believe this show is your contribution to American culture?
I hope so. Part of the contribution is when I went on the air in ’93 with “Politically Incorrect,” just talking about politics was most toxic thing to do in television. Partly because of what we’ve done on both those shows, it’s not so toxic anymore. Not everyone is watching singing contests.