Bill Maher used his New Rules on Friday’s episode of “Real Time” to talk about the war in Ukraine. But rather than talking about the unprovoked Russian invasion directly, he instead mocked American pundits for constantly finding ways to connect their own prejudices, delusions or personal causes to the conflict in some way.

“Don’t make world war 3 all about you,” Maher said as he got into it. “Watching the reactions to war in Ukraine these past few weeks, it’s become obvious that America in this age suffers acutely from a particular disease of the mind, which is: Everything proves what we already believed and everything goes back to the thing we already hate.”

All issues today: Pandemic, war, whatever, become a stress test for our reflexive partisanship,” he continued. “Can you take a vastly complex situation that is 100% not about your thing and somehow still make it about your thing? Our answer is, ‘watch me.'” 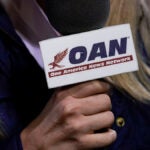 Also Read:
One America News Sues DirecTV After Being Dropped From Lineup

But, Maher continued, if Trump is somehow connected to Putin’s unprovoked war against Ukraine, “why didn’t he invade while Trump was in office?”

Maher also dinged Donald Trump, who blamed the invasion on his constantly told lie that the 2020 election was rigged. “Kanye thinks less about Pete Davidson than Trump thinks about the ‘rigged’ election,” Maker said.

Maher brought up Donald Trump Jr, who tried to somehow connected to President Joe Biden’s son Hunter. Then he noted “1619 Project” author Nikole Hannah-Jones, who on Twitter suggested that outpouring of care for Ukraine’s war victims may be because they “appear white.”

“Maybe it should be a reminder that pain does not have a monopoly on race. I know racism is bad, but other things are bad too. It’s not like an avocado, you don’t have to put it on everything,” Maher continued.

Then he brought up ex-Trump UN Ambassador Nikki Haley, who said the war happened because “the United States has been completely and totally distracted… we have to stop this national self loathing.”

“Of course, self loathing! I hate myself for not thinking about that,” Maher joked.

Maher also brought up Pat Robertson, who of course thinks the invasion has something to do with his right wing fundamentalist eschatology. And then he noted how Vanity Fair called the Ukraine situation “also a fight for LGBTQ rights,” followed by a right wing commentator who blamed transgender people in the military.

“I see, I seem yes. Transgender, that’s the key to the Ukrainian situation,” Maher joked. “Yeah, Putin was on the fence about invading and then one night he was watching a M.A.S.H. re-run and — ‘send in the tanks!'”

Then Maher mocked ex-Fox News and ex-Trump official Monica Crowley, who bizarrely claimed that Russia is being “canceled.”

“But isn’t their country,” Maher said about Ukraine, “what’s getting cancelled?”

Maher wrapped it up with some jokes about how eventually people here will start blaming Ukraine for everything, including erectile dysfunction. You can watch the whole bit above now.