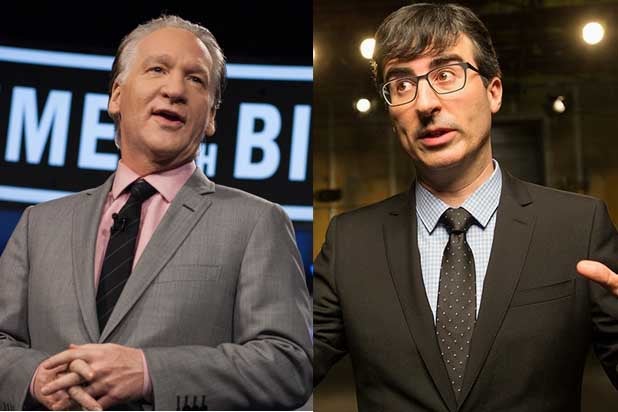 Bill Maher doesn’t plan on watching John Oliver‘s late-night HBO show, “Last Week Tonight,” but not because there is any bad blood between the two hosts.

Maher told Salon in an interview published Friday that he avoids it because he doesn’t want to risk ripping Oliver and his writing staff off.

“I don’t think that’s a good idea. You know, George Carlin taught me that, years ago,” he revealed of his advice from the veteran comedian.

Carlin told him, “‘You know, I never look at other comedians because I don’t want to be writing a bit and thinking, ‘Oh wow, is the reason why this is in my head because I saw it on some other show?'” Maher explained. “I’ve been told by my producers, who do watch these other shows, that there really wouldn’t be that much harm in it because they say that we almost never cover the same thing the same way. But I still think it’s a good idea [to avoid them].”

Maher compared his concerns to those of a musician when recording a new song that they hope will be a hit.

“I’ve also heard from musician friends of mine that, you know, they get three-quarters the way through writing a song, and then they come into the studio and they play it and somebody goes, ‘Oh yeah, Journey did that in 1978. You just wrote a hit song that’s been a hit,'” Maher continued.