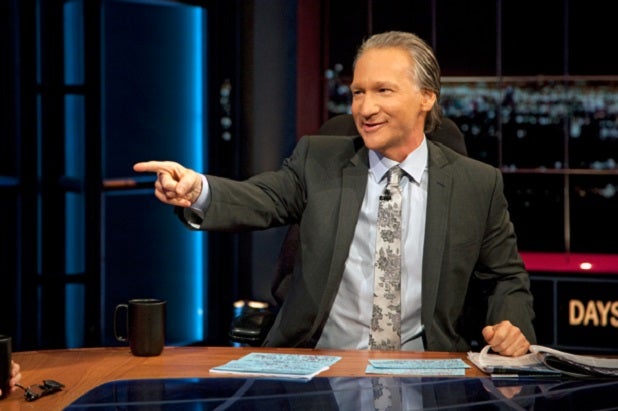 “Hey, if one of the richest companies in America can get richer by making you a little stupider every time you look at your phone, small price to pay,” the famously liberal pundit said Friday during a segment of his HBO show “Real Time With Bill Maher.”

Holding up a black-and-white picture of a packed subway train from what he called “the olden days,” Maher noted how the passengers were all reading newspapers.

Also read: Bill Maher on Keeping His Edge, Getting Over the Clintons and Chris Christie Douchebaggery

“And this month Facebook unveiled an app called ‘Paper,’ which Mark Zuckerberg calls ‘the best personalized newspaper in the world.’ Yeah, I suppose the Washington Post is OK, like when it uncovered Watergate.”

He explained why he thought “Paper” was a bad idea, and in the process took a shot at Glenn Beck, Matt Drudge and Fox News all at the same time.

“‘Paper’ tracks the news you’re interested in and gives you more of that and less of everything else, never burdening you with contradictory information or telling you anything new.

“That’s what makes it ‘news.’ But only seeing the stuff that already confirms the opinions you already have isn’t news — it’s Fox News. The reason so many Americans, for example, think climate change is a hoax is that their only source for science news is Glenn Beck, Fox and Matt Drudge, the cracker trifecta.”

Also read: WhatsApp Explained: Why Facebook Paid $16 Billion for it

Maher said the ability of Facebook and other media to tailor news reports to the individual user was hurting Americans’ level of overall awareness.

“The Internet, which was supposed to unite the world, has become too adept at serving us personalized content. Do you know what I saw on Yahoo’s front page this morning? No, you don’t, because mine isn’t the same as yours. People get news feed now that just spit back customized stories based on what we’ve clicked on in the past. So I for example, might see a lot of stories about — pot, American history and, of course, Christian Mingle. Whereas Ted Nugent just gets ads for Prozac and bullets.

“So yes, welcome to the brave new world of micro-targeting, which, look, is often harmless. No one gets hurt if my computer tells me ‘you bought James Taylor’s greatest hits, you might also enjoy this pillow and these sleeping pills.'”