For the mid-show gag on Friday’s episode of “Real Time,” Bill Maher took aim at the very real problem of obvious, constant and shameless lying that gets reported as fact by right wing media outlets. And after mocking a few recent examples, Maher rolled out predictions for the next lies outlets like Fox News will help disseminate.

Before we get to Maher’s jokes, first let’s do some recent context. In the last week Fox News has had to retract not one but two false stories about Democrats that it reported as true, despite the obviousness of the lies. First, it retracted a story based on the lie that the Biden administration plans to place strict limits on American beef consumption. Then just one day later, it retracted a different story based on the lie that the U.S. government is distributing copies of Vice President Kamala Harris’ book to children at the border.

Just to be unambiguous about it, both of these stories were outright fabrications intended to harm the Biden presidency that Fox reported as factual before retracting them. 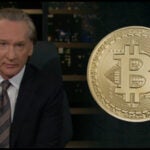 Anyway, back to Maher, who began the mid-show gag by saying: “I do not spare any powder with the Democrats as you both now, but man, the Republicans have not given one inch on being the most dickish, unnecessarily asshole-ish people.”

“So they’re just flat out on Fox News lying — this was all last week,” Maher continued. “Would you like to see some of the ones they have for next week? Because it’s just getting worse.”

And then Maher dropped the jokes. We’ll just list them verbatim below, along with a helpful screenshot:

“Trump border wall to be melted down for giant statue of Colin Kaepernick.” 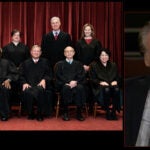 “Fauci: Babies in the womb must wear masks.”

“National anthem before NASCAR to be replaced by acknowledgement of privilege.”

“Looting to be renamed ‘justice shopping.'”

“Dems: In all depictions of Jesus, crown of thorns to be replaced with pussy hat.”