Bill Maher acknowledged during the “New Rules’ segment of Friday’s episode of “Real Time” that “we’re all sick of talking about the slap,” meaning of course Will Smith slapping Chris Rock. But he said he had to talk about it one last time because “comedians have been under attack for quite some time.”

“This was on jokes must end,” Maher said.

Before he really got into what he meant, Maher started the bit by trying to “Zapruder film this thing once and for all,” meaning break down the whole slap thing moment by moment just like in the movie “JFK,” in order to “explain jokes to idiots.”

So for the next couple of minutes, Maher did just that, explaining but by bit the whole thing, ultimately to demonstrate that even Will Smith appeared to think the joke Rock told about Jada Pinkett Smith was funny. “Before this moment, Will is laughing because he hasn’t yet found out that his original, genuine reaction is wrong, and that he should conform to a different view,” in this case to Jada’s opinion of the joke. 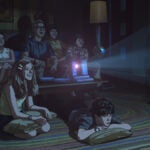 Maher said that he’s experienced similar things at his own shows from people he called “woke hecklers.” Then he got into the meat of his point. “This war on jokes must end. Will Smith didn’t get kicked out of the Oscars for going Ike Turner on Chris. But Kevin Hart got kicked out of hosting it for a joke,” he said.

Maher said this proves so-called “cancel culture” is real, and listed off other comedians who have been ostracized for making jokes — specifically Kathy Griffin and Gilbert Gottfried being canceled because they were “tasteless.” “So what, what’s why we like them,” Maher said.

Maher also noted the uproar and professional consequences over jokes experienced by Dave Chappelle, Sarah Silverman. Maher also mentioned Roseanne Barr losing her TV show over sharing racist conspiracy theories. Her comments “were very offensive, but not at all clear that Roseanne knew them to be. She is crazy, and I say that as a friend,” Maher said.

Maher also brought up the story of comedian Namesh Patel, who in 2018 was pulled off stage during a set at Columbia University because of a joke he made attempting to express the double difficulty faced by people who are Black and gay in America. “Not an anti-gay joke mind you,” Maher said, “a pro-gay joke, but one of the event organizers walked on stage and said ‘I don’t think you’re entitled to certain jokes you’re making.” 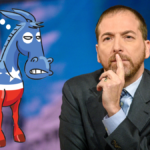 Also Read:
MSNBC’s Chuck Todd Is Pissing Off Liberals – and They’re Calling for Jen Psaki to Replace Him

This was the jumping off point for Maher to discuss what he sees as a growing intolerance on college campuses for risky or shocking humor. “Colleges, where comedy goes to die,” he lamented. “Kids used to go to college to lose their virginity. Now they go to lose their sense of humor.”

Maher continued by contrasting his view of the current era of college with the early 1970s, when George Carlin ditched the safe, TV friendly comedy that made him rich in order to tour colleges and perform the material he wanted to perform.

“Oh George,” Maher said after reading a quote in which Carlin touted colleges as a place for open expression and experimentation. “It’s a good thing you’re dead.”

This brought Maher to the end of the bit, where he displayed a photo of Carlin sitting in front of a chalkboard featuring his 7 words you can’t say on TV, from the photographs taken for his album “Class Clown.”

Maher ended the bit with an ‘in memoriam’ for jokes people won’t tell for fear of backlash, and then plugged his new stand up special, premieres April 15 in the “Real Time” slot (“Real Time” will be off next week as a result).