Lots of people have been pretty freaked out by some of the details from Bob Woodward and Robert Costa’s new nonfiction book “Peril,” which chronicles the chaotic final weeks of the Trump administration. Including Bill Maher, who found some of what’s in the book so unnerving he’s pretty sure next time fascists try to overthrow the government, they’ll succeed.

Or as he put it during his opening monologue, “Biden’s our last president.”

First though, Maher talked about happier topics, starting with the crushing defeat of the California recall. “It was a landslide. And of course, because this is California, it was also a brushfire, two earthquakes, a shark attack and a cult murder,” Maher joked. 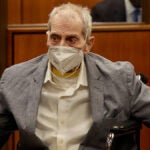 “But I kid our state. We spent close to $300 million on this stupid recall — how many homeless people could we have housed for that money? Here in California, about three. But the point remains,” Maher continued. “It’s the principle.”

Then Maher spent some time dunking on Larry Elder, the fringe right wing radio host who became the front runner among Republicans who voted in favor of the recall. Despite his avowed policies being one of the biggest reasons the recall failed so spectacularly, Elder says he might run for Governor in 2022, something Maher found hilarious.

“He said lots of republicans think that’s a good idea. And lots of Democrats too,” Maher joked before talking about some COVID-19 related news. Then he got to the stuff about “Peril.”

“Bob Woodward has a new book full of shocking revelations about Trump’s last days, and about how he would not concede losing the election. Wow. Who could have predicted that? Oh yeah, me, every Friday for four years. Other than that,” Maher said. 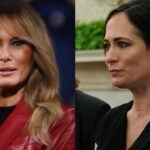 Maher summed up the revelations in the book as “take everything you thought you knew about Donald Trump and continue thinking it.” Then he got to the bleak prediction we referenced above.

“The big revelation in the book is that in the period after he lost the election, before Biden took over on Inauguration Day, my birthday, no big deal. I’m trying to get people to associate the two so that every time there’s a new president, I get gifts,” Maher said. “But Biden’s our last president, so it doesn’t really matter anyway.” Ouch.

Maher also talked about the book’s report that General Mark Milley took what amounted to mutinous action because he was afraid Trump would try and start a war. “This guy should get a medal,” Maher declared.

Next he talked about some of the rioters arrested for their participation in the failed Jan. 6 attempt to overthrow the government and install Trump for a second term in office. “So they need a lot of lawyers, which I think is pretty funny for people who used to be chanting ‘Jews will ot replace us,'” Maher joked.

He ended the monologue by talking about a planned rally in support of those rioters, which will likely be very sparsely attended in part because of worries by some QAnon types that it’s a ploy to entrap them, which Maher described as being “too paranoid to attend their own paranoia rally.”