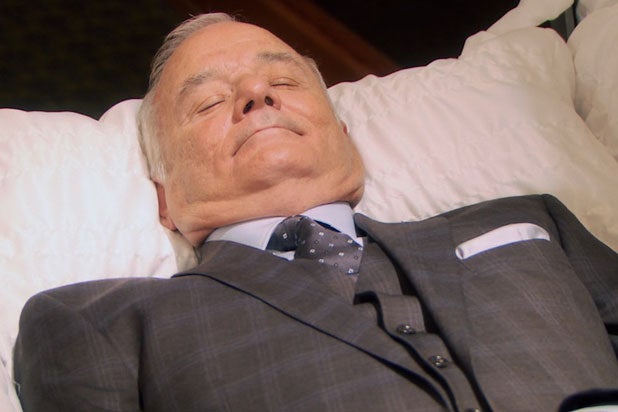 No one knew what Pawnee Mayor Walter Gunderson looked like until Tuesday’s episode of NBC’s “Parks and Recreation.”

“Saturday Night Live” alum and “St. Vincent” actor Bill Murray filled in as the deceased mayor in a surprise cameo with the show headed into its series finale. In a video message before his open-casket funeral, Gunderson offered advice to the town’s residents.

“And if there is blame,” Gunderson said before pausing. “It’s your fault. Thank you.”

Reeling Murray in to the cast has been a vision of show star Amy Poehler for several years. In 2011, she openly wished for a visit to Pawnee by the “Ghostbusters” alum during a Paley Fest interview and later on “Late Night with Jimmy Fallon.”

“He was just the most delightful person,” Schur told Entertainment Weekly. “Not only was he incredibly complimentary of the show, he went around to every one of the actors and told them how great they were and cited specific episodes and moments. He hung out on the set for three hours, watching us shoot the show.”

Also read: 5 Things to Expect From ‘Parks and Recreation’s’ Final Season — and Beyond

Below is a Vine video of Murray’s appearance: