Andrea Mackris, who settled her sexual harassment claim against Bill O’Reilly for $9 million in 2004, spoke out Tuesday about the full scope of her claims and the process of settling them. Mackris has a non-disclosure agreement, but spoke to the outlet anyway, saying, “Here was my boss, a man who held my career and future in his hands, acknowledging that he knew I’d never consented but he didn’t care.”

“I didn’t release a statement, he did. It was part of the NDA on October 28, 2004,” the former Fox News employee said. “I had no choice, no way out. He uses it to abuse me. That same document says Bill won’t breach, which he’s done over and over, calling me a liar. It cuts both ways.”

O’Reilly was fired from Fox News over sexual harassment accusations in 2017. In 2004, Mackris was 33 years old and had worked under O’Reilly at Fox News — then helmed by late founder Roger Ailes, who was also ousted after sexual harassment accusations in 2016 — for four years. Some details of her accusations have been widely known for years, like O’Reilly describing how he wanted to soap her down with a “falafel thing,” by which he meant a loofah. A representative for O’Reilly did not immediately return a request for comment. 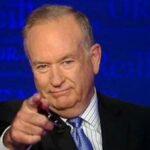 Also Read:
Bill O’Reilly Snagged Only One TV Appearance to Plug His New Trump Book – and It Wasn’t Fox News

Mackris’ interview with the Beast touched on her accusations, but also addressed what she went through with the lawyers involved in her case. Though she had audio recordings of late-night phone calls from O’Reilly, she was told no one believed her claims and she was unreasonable for wanting to go to trial instead of settling.

“I was saying, ‘I’m not doing this, I’m not doing this. I’ll walk out. No, I’m not signing.’ I was sobbing and screaming. I couldn’t comprehend what was happening — that Fox heard the tapes and was doing nothing. I was in full-blown PTSD. I wasn’t in my body. I was shaking from head to toe and crying uncontrollably,” she recalled.

A Fox News spokesperson said in a statement to TheWrap: “The claims outlined in this report took place under the leadership of Roger Ailes, who along with Bill O’Reilly and the management referred to here, have been long gone from the network. Since the summer of 2016, FOX News has worked tirelessly to transform the company culture, including naming a new chief executive, tripling the size of our HR footprint, designating a new senior leadership team predominantly comprised of women and establishing a Diversity, Equity and Inclusion Council. We have also instituted mandatory in-person, live harassment prevention training, designated multiple avenues to report ‘concerning behavior’ including an anonymous alert line, enhanced company-wide communication with quarterly company meetings and mentoring events, as well as implemented a zero tolerance policy regarding workplace misconduct of any kind for which we engage outside independent firms to handle all investigations. No other media company has undergone such a comprehensive and continuous overhaul which resulted in our designation as a Great Place to Work last year.”