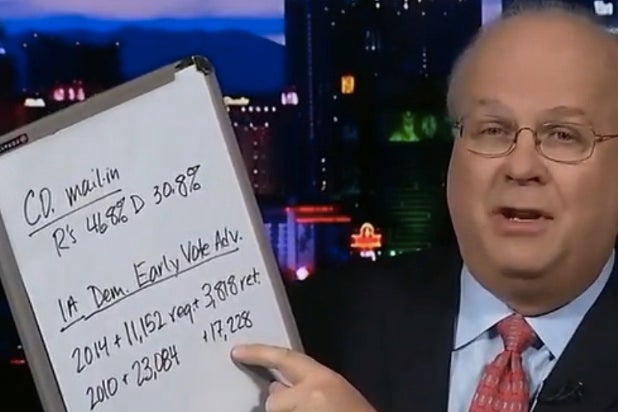 Karl Rove isn’t a gambling man, but if he was, he found out Monday he wouldn’t have Bill O’Reilly as an ally at the casino.

“They will not let you bring that little board into the casinos,” O’Reilly said. “I don’t gamble,” Rove responded.

“And with your prediction record, that is a wise move,” O’Reilly giggled back. “Oh, that was personal and petty,” Rove responded.

Rove’s denial led Megyn Kelly to walk him down the Fox News hallway to a room with the network’s election pollsters, where the results were further explained to Rove.