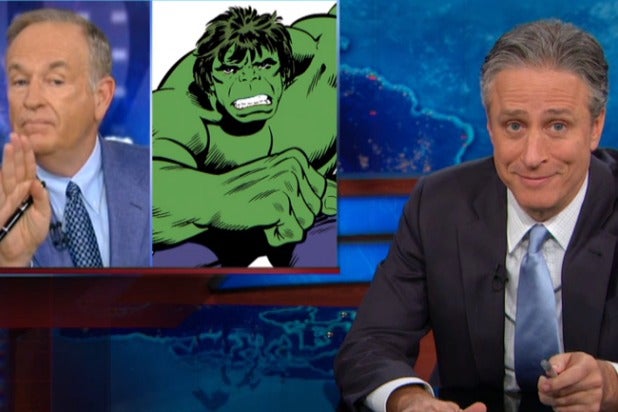 Several VA officials have been accused of falsifying records to hide excessive wait times for veterans to see doctors. Rove said on the “O’Reilly Factor” that the Bush Administration got wait times down to 161 days, and that they crept up to 260 days under Obama.

But as Stewart noted on “The Daily Show” Thursday, both wait times are terrible. He also noted that Republicans recently voted down more funding for veterans, and that the Bush administration warned Obama’s about the backlog.

O’Reilly pointed out to O’Reilly that the administrations shared responsibility: “You’re wrong,” he told Rove.

“See, this is why I like O’Reilly,” Stewart said. “He’s like Fox News’ Incredible Hulk. Sure, he’s usually just a mindlessly aggressive force of destruction. But pointed in the right direction, he becomes a hero.”