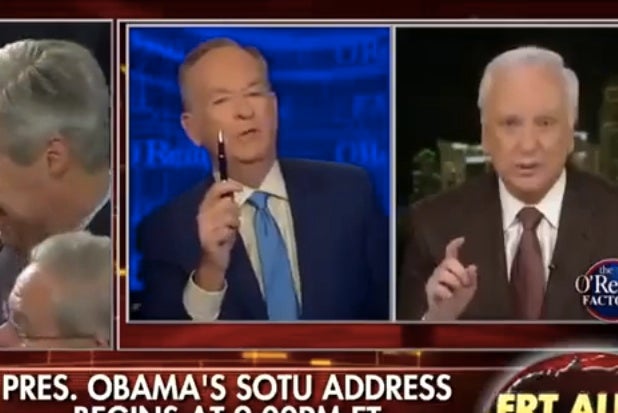 “I didn’t have anything to do with this, but I will point out that that Mayor is a socialist, that Fox News isn’t even seen in France because they block it,” O’Reilly said. “This is just an attention getter, another play to the left; suit is going nowhere, it’s ridiculous.”

What Hidalgo was insulted by—and O’Reilly noted he was not involved with— was a segment on “Justice with Jeanine” where terrorism analyst Steve Emerson claimed there are areas in Birmingham, England that are “no-go zones” for non-Muslims. Other shows echoed that claim, suggesting there are “no-go zones” in France. The statement sparked outrage on social media in the form of a #foxnewsfacts hashtag as well as outrage in Europe.

O’Reilly’s guest Bernie Goldberg pushed back on O’Reilly’s dismissal, suggesting that when any network has to apologize as many times as Fox News over one issue —”something is wrong.”