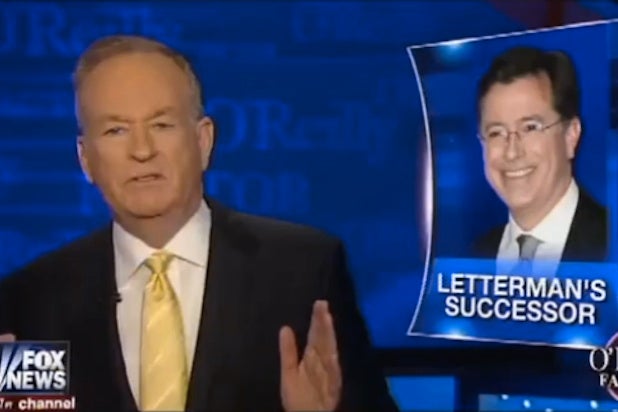 Bill O’Reilly finally broke his silence about Stephen Colbert taking over for David Letterman on CBS.

His prediction: the Comedy Central star will turn off conservatives.

“Traditionally late night has been light and breezy, with a minimum of political posturing,” O’Reilly said Monday on Fox News’ “The O’Reilly Factor.” “But Colbert has built an entire career on pleasing the left.”

“The far left websites and writers are thrilled!” O’Reilly said. “It’d be hard to fathom that 40 percent of Americans who describe themselves as conservative will watch, and that’s a lot of folks to lose from the jump.”

However, O’Reilly hedged his bets on Colbert being a total failure as host of the “Late Show.”

“Colbert will have good writers and surely he knows his challenge,” he concluded. “Place your bets now.”