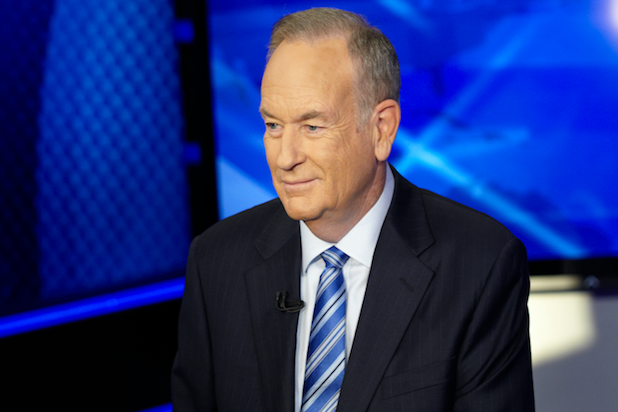 Bill O’Reilly is taking a vacation amid his ongoing sexual harassment scandal, the Fox News host told viewers on Tuesday.

Though he declined to say where he’s going, O’Reilly did specify that the trip was booked “last fall.” He explained that he likes to take a vacation in the spring and around Easter. “If you could possibly take two good trips a year, it’ll refresh your life,” he told viewers. “We all need R&R. Put it to good use.”

He is scheduled to return on April 24.

The vacation comes just over a week after the New York Times published a bombshell report revealing that O’Reilly and Fox News have paid $13 million to five women who have accused him of sexual harassment or other inappropriate behavior. Advertisers have been fleeing the show in droves, with more than 60 companies refusing to run ads on “The O’Reilly Factor.”

According to a New York‘s Gabriel Sherman, 21st Century Fox CEO James Murdoch is pushing for O’Reilly to be removed from the air entirely, though he faces resistance from his father Rupert and brother Lachlan, as well as Fox News co-president Bill Shine.

“That dynamic – James pushing for swift action, while Rupert resists – played out last summer in the Ailes scandal,” Sherman wrote. “James, of course, got his way with Ailes. With more than three dozen advertisers boycotting O’Reilly, Fox staffers speculate the same may happen to O’Reilly, perhaps as early as during his vacation.”