Bill Plante, a longtime CBS White House correspondent who spent 52 years with the network in various capacities, died on Wednesday, CBS News announced. He was 88.

According to CBS News, Plante’s family say he died of respiratory failure.

“He was brilliant, as a reporter and as a human being. There wasn’t anything Bill didn’t excel at in our profession: he was a gifted writer, a first-class deadline maker and a breaker of major stories. He’ll be remembered for his reports from the White House lawn, his booming voice that presidents always answered and his kind heart,” 60 Minutes correspondent Lesley Stahl said. Stahl and Plante covered the White House together for a decade, CBS said. 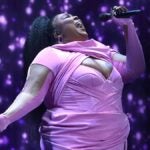 Born in Chicago in 1938, Plante joined CBS News in 1964; prior to that, he’d began his career in Chicago-area radio at age 18 before attending Loyola University, graduating in 1959, followed by a CBS fellowship at Columbia University. Covering the Civil Rights movement — including interviewing Martin Luther King during the march from Selma. As he rose, he began covering politics as part of the network’s Chicago bureau. He also won awards for his participation in CBS News’ coverage of the Vietnam War, including of the fall of Saigon in 1975.

Plante moved to CBS News’ Washington, D.C. bureau in 1976 and a decade later was appointed Senior White House correspondent, a role he held for 35 years — covering Ronald Reagan, George H.W. Bush, Bill Clinton and Barack Obama’s presidencies — with a break during the George W. Bush administration, when he covered the U.S. State Department.